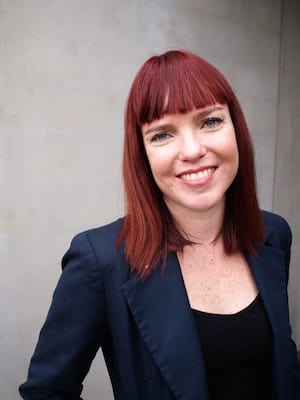 Fifteen male mentors have come on board for this year’s event, taking place on 30 October. Yasmin Quemard, UM creative director and head of SheSays Sydney, says if the industry wants to see more women in the top jobs, men must be actively involved in the push as well – they need to adjust their mindsets, understand women’s leadership styles and sympathise with their struggles.

“Men need to meet us halfway if we want to change the amount of women at the top,” she said. “It’s an issue that comes up so much and has been framed as exclusively female, when in fact, it’s not. We need to encourage men to get more of an insight into some of the obstacles that women face, such as mother guilt. Some women feel so uncomfortable being a mother that they try and hide it. That’s a really big obstacle that men could help alleviate in the workplace.”

Quemard believes men and women have different styles of leadership and that men need to acknowledge this. “[Men] need to adapt their leadership style and acknowledge that women have a more collaborative style of leading. They also need to acknowledge that women bring a different type of energy to the workplace and have a more considered approach to coming up with ideas.” She claims that despite women being just as capable of leading, their lack of competitive aggressiveness, displayed by some men, often means they’re not seen as an obvious leader and end up taking a back seat.

But Quemard isn’t blaming men for the issue. She believes they haven’t previously been involved in the effort to see more women at the top partly due to a lack of encouragement to do so. That’s changing, as the increased interest in the Speed Mentoring event shows. “We’re keen on asking for their help and supporting them in how they adapt,” Quemard said. “Having them understand and hear first-hand the issues and challenges that women face helps them become part of the solution.”

And that’s not where the benefits of the event end. The influence of a male mentor can also help women further their career by adopting some typically male characteristics. “Women can learn a lot from adopting the confidence men have, and trying out things that they do quite comfortably, such as asking for a promotion before they’re ready.”

This article first appeared in the 4 October 2013 edition of AdNews, in print and on iPad. Click here to subscribe for more news, features and opinion.