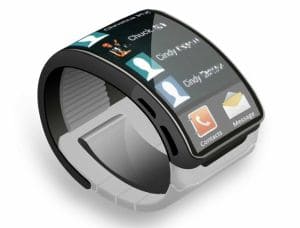 Samsung yesterday unveiled the final film created by the finalists of its competition in partnership with Hollywood director Baz Luhrmann and the National Institute of Dramatic Arts (NIDA).

Part of the sponsorship was geared around promoting Samsung's smart watch Galaxy Gear and the Note 3 tablet. Each of the 10 finalists was given both devices to aid the development of the film during the workshop.

Lenior told AdNews the sponsorship gives the brand an opportunity to demonstrate how its technology can help people fulfil their potential.

The film, which was created in six days, premiered last night (25 October) at a ceremony at the Sydney Opera House.

Luhrmann, who is a global ambassador for Samsung, mentored the young film makers throughout the process.

Lenoir said: “Baz Luhrmann is a global brand ambassador and we were offered the opportunity to work with him at a local level and we jumped at the chance. We wanted to collaborate on something that would be a great thing to do. Baz is passionate about young film makers and providing them opportunities to grow their talent, and we are passionate about helping people fulfil their potential and their reams through our technology.”

Samsung had 700 entries to the competition from young directors, scriptwriters, set designers and actors and and the 10 finalists were brought together in Sydney last week to work together and make a film.

It has also created four behind the scenes films which will be seeded globally as well as two global online videos to promote the final film. The ntire campagin was a PR-led exercise driven by Edelman.

Lenoir says Samsung could look to extend the programme in coming years.