Radio to emerge 'most qualified' at dealing with social scandal: Baxter 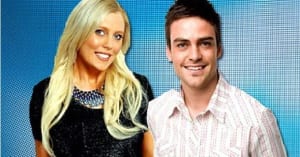 UM chief executive Mat Baxter has argued radio companies will become the strongest at dealing with future social media scandals, while it has emerged 2DayFM's royal prank presenters will not be charged for manslaughter.

Baxter suggested that radio companies faced such a large degree of high profile scandal last year in the social media space that the industry will take a number of learnings from 2012 into 2013.

As a result, Baxter argued the radio industry could very likely become the “most qualified” media industry in terms of dealing with social media controversy.

In particular, he suggested these companies will become more adept at responding to social scandal in the public domain, and argued that radio companies across the board will be developing some of the strongest response strategies in the country.

While scandal only directly impacted two networks last year, Southern Cross Austereo and Macquarie Radio Network, Baxter suggested that the “problem of negative perception” has impacted the entire radio industry, and said all Australian networks would be developing solid response strategies moving into 2103.

Meanwhile, the two radio presenters involved in perhaps the most prominent scandal of 2012, Mel Greig and Michael Christian, will not be charged for the now infamous royal prank call which was linked to the suicide of British nurse Jacintha Saldanha.

Crown Prosecution Service deputy head of special crime Malcolm McHaffie said there was no evidence to suggest a charge of manslaughter.

The station is still being investigated by the Australian Communications and Media Authority in regards to potential breaches of the radio code of conduct.