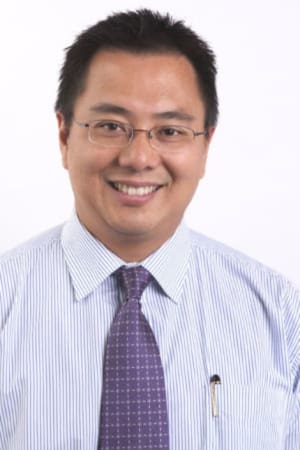 Pacific Magazines chief executive Nick Chan has backed the claims of former Murdoch Magazines boss Matt Handbury on the “froth and bubble” of digital media content, and lashed out at the double standards of advertisers and media buyers demanding editorial endorsement for advertising campaigns.

Speaking after the Australian Magazine Awards on Friday, where Handbury told the magazine sector it needed to get back on the front foot with the advertising sector and promote its virtues, Chan said the Magazine Publishers Association was reforming but the industry faced “deaf ears” from media buyers and advertisers who demanded less ROI rigour from digital media than from magazine mastheads.

“It’s absolutely true what Matt said but it’s kind of falling on deaf ears at the moment,” Chan told AdNews.

“It’s great to say that on an occasion that has everyone involved in magazines present but it is difficult to say that against the broader media buying community at the moment who are looking for deals and they are looking for magazines to endorse their product. Obviously we are still getting [advertising] revenues but increasingly the demands are a compromised [editorial] position which I guess flow from things like online. We can’t afford to do that because we are a paid medium.”

Chan said the double standards were stark between what advertisers and media buyers expected from magazines versus online.

“The most remarkable thing about what is claimed to be the most accountable media around is that I have yet to meet advertisers who say advertising online has fundamentally changed their business," he said.

"The same rigours they ask from magazines for return-on-investment are not applied at the moment to digital. What advertisers tell me is there are plenty of click-throughs, which is a turn of a page, where we are being judged and measured far more rigorously. It’s quite an unfair comparison. That all sounds defensive – the facts are we are still selling a lot of magazines and Matt is right in terms of the paid circulation component of our business - it is totally uncompromising. If you put crap out there, people are not going to buy it.”

In Handbury’s speech accepting his induction to the Magazines Hall of Fame, he said quality magazine content would eventually prevail against digital “froth and bubble”. Handbury also rebuked the magazine sector for pulling support for its peak body, the Magazine Publishers Association (MPA).

“They are the ones who pulled out. You will either see the MPA do something in total or each of the member publishers start to actively promote magazines again, whether it’s Pacific, News or ACP. To ACP’s credit they have actually been doing that.”