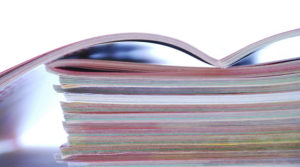 Former magazine executive and nephew of Rupert Murdoch, Matt Handbury, said a takeover of ACP by Pacific Magazines is "inconceivable" and won't pass the nod of approval from the Australian Competition and Consumer Commission.

“A takeover of ACP Magazines by Pacific Magazines is inconceivable and totally unnecessary. As David Gyngell has said before the overall business is a perfectly good business. The issues the current owners have don't reflect the underlying operating systems.

“The solution of sticking the two companies together would have all sorts of issues. I'm sure the ACCC would look at the disappearance of a major magazine entity in Australia being swallowed by the only other player, and consider the loss of diversity, concentration of power and market ownership.”

After expressing interest in buying ACP magazine's last November, Handbury has admitted he alone would not be able to finance a buy-out. He has however confirmed to AdNews that he is still interested in putting resources into the company.

Handbury said: “The drop in ACP's earnings over the past five years are purely driven by advertising prices.

“The problems at ACP are not cyclical, they're collectable and that's why I want to get involved to champion the unique quality of magazines in an advertising environment and charge forward.”

Nine's debts have been much publicised recently. When its chief operating officer Pat O'Sullivan stepped down last week, critics warned this was a sign of the company's financial struggles.

Have something to say? Send us your comments using the form below or contact the writer at erinsmth@yaffa.com.au