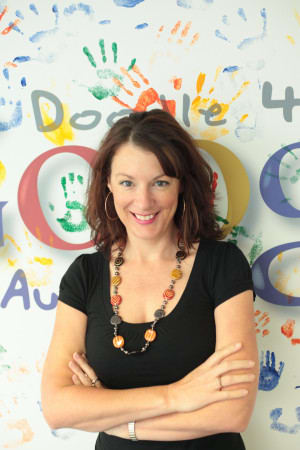 You’d be hard pressed to find someone who couldn’t name at least one example of how a viral video has launched a person or company into fame (Justin Bieber ring any bells?). From talking twin babies to Rebecca Black or Aussie video-blogger Natalie Tran, viral videos have become a part of our pop culture.

The success of these videos clearly demonstrates YouTube’s ability to build a brand. However they’ve also created a dangerous misconception among businesses — the myth that you need a viral hit to be successful on YouTube. A little known secret is that the most successful businesses on YouTube have never had a viral hit.

While this may seem counter-intuitive, we’ve seen this play out time and time again. This goes back to the underlying principle of smart marketing: know your audience and the context in which they are interacting with your brand. YouTube has a global, diverse audience, with 800 million unique users visiting YouTube every month. 60 hours of video are uploaded every minute. If you’re trying to reach the YouTube audience in its entirety, that’s a lot of noise to break through.

Successful businesses understand they don’t need to connect with the whole YouTube audience. They just need to engage with the right audience. If you’re an online travel agency like Ecruising, for example, you care about people who are interested in travel or holidays.

This means that you don’t need to create a video that has mass appeal. You need a video that has personal appeal to people you want to talk to and who are interested in what you have to say.

To get you started in thinking about how you can use online video to promote your business, here are a few common myths I’d like to debunk:

1) You need a viral hit to have a successful presence on YouTube. For smaller businesses, the most successful videos are often the ones you’ve never heard of. Let’s revisit the Ecruising example. When specialty travel agencies began to close their doors, Ecruising had to shift sales online, and video has been vital to helping customers visualise a cruise holiday before booking. YouTube is now one of the main source of web traffic for Ecruising and one out of four clients come directly through YouTube. While none of their videos have gone 'viral', their YouTube strategy has helped them create a flourishing business.

2) Only humorous videos are popular. Shoes of Prey, a 17-person company that lets you design your shoes online, uses YouTube mostly to educate customers on how to use their design engine, the materials they use and what shoe designs are most popular. Their instructional videos have generated more than 360,000 views and boosted sales significantly - proof that videos don’t need to be humorous to sell a product. Instead of focusing on being clever, focus on being relevant. Videos that engage your audience by showcasing product features or explaining a difficult concept can have much more impact.

3) YouTube is just for young people. With millions of people visiting YouTube every day, the site has a broad base of regular viewers. For example, 55 percent of all women aged 18-54 are on YouTube. When you run an advertising campaign on YouTube, you can focus on reaching the specific audience you care most about. Similar to search engine marketing, you can also optimise your videos by tagging them with keywords you want your video to show against.

4) People only watch YouTube for entertainment. Videos need to be interesting, but that doesn’t mean they can’t be educational. In fact, there are more than three times as many searches for 'how to' videos than there are for 'music videos' on YouTube. For example, the most viewed videos on Canon Australia’s YouTube channel are videos about how to getting started with their EOS camera.

5) Videos need to be professionally produced to gain views. Many small businesses shoot and produce videos themselves in-house, using tools as simple as a handheld camera and the video editing features in YouTube. Since you can focus on reaching people that are most interested in your topic, content and relevancy trump production value. Orabrush, a US business that sells tongue cleaners, produced and posted their first video with just $500 dollars and the help of a local marketing student. After spending tens of thousands of dollars trying to launch their brand with an infomercial and other traditional marketing techniques, their small investment in online video helped them sell over a million Orabrushes online, and caught the eye of retail giant Walmart.

Today, more Aussie businesses than ever use YouTube ad formats like TrueView or promoted videos to drive sales, generate leads and build brand awareness. But it’s still not too late to be early in video marketing. Online video is growing at a rapid pace, and as smartphone sales continue to grow, even more people will be watching video on the go.