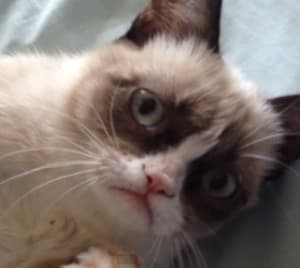 The growth of online video consumption is particularly rapid among younger age groups.

Research company Frost & Sullivan has released its top seven predictions for digital media in 2013, with the impact of tablet devices and rapid growth of online video advertising topping the list.

According to Frost & Sullivan senior research manager Phil Harpur, the online video advertising market is expected to grow by over 50% in the coming year, and the format will take significant share from the traditional broadcasting market.

"Advertisers in 2013 will be attracted by the greater targetability, personalisation of ads, reach to non and light TV viewers, and interactivity that online ad-serving platform solutions offer over conventional advertising channels," he said.

"Frost & Sullivan predicts the online video advertising market will continue to grow strongly during 2013, by over 50%. Looking further ahead, the market is predicted to grow at a CAGR of 39% to 2017, increasing from $86 million in 2012 to $442 million in 2017. It  will outperform all other major online general advertising segments such as banner ads, advertorials, sponsorships and e-newsletters."

Harpur said growth of online video consumption was particularly rapid among younger age groups. "For example, Frost & Sullivan's survey of 1,000 Australian consumers reveals that 94% of all 15 to 17-year-olds have watched TV shows and/or movies in the last month on a desktop or laptop," he said.

"YouTube is evolving to be a platform or hub for companies to host their own channels, and enabling sites such as Vevo and Machinima to rapidly gain global audiences, especially among the 13 to 34-year-old demographic."

Harpur also predicted the impact of tablets on the digital media landscape would accelerate in 2013, with tablet ownership continuing to grow strongly, although remaining below that of smartphones.

"Tablets are fundamentally changing many entrenched user behaviour patterns," he said. "Fifty-five percent of tablet owners indicate that using a tablet has significantly or moderately reduced the amount of time they surf the internet on a PC or laptop.

"As behaviour patterns become more entrenched over the next few years, the impact on consumer behaviour is expected to increase significantly."

"It is increasingly being perceived by both advertising agencies and large brands as a crucial part of the overall advertising mix."

"A growing pool of light TV watchers is now watching online video across a range of devices. Increased use of smartphones and tablets has led to much higher levels of multi-tasking."

"Organisations now recognise that they risk failing to connect with a significant online audience if they do not incorporate social media into their marketing strategies."

"Purchasing of advertising inventory on ad exchanges is expected to increase dramatically during 2013, in line with trends in more advanced markets such as the US."

"Mobile advertising is becoming an increasingly important piece of the overall advertising ecosystem (both offline and online), rather than being viewed as a standalone product."