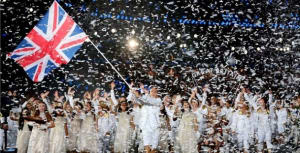 Nine has refused to discuss whether it will broadcast the 2016 Rio Olympics following reports that it will not bid for rights. The move could also lower pressure on other broadcasters in the bid process.

The Australian reported that the free-to-air broadcaster will not be bidding for the 2016 Rio Olympics due to a $25 million loss during the London 2012 games. It touted Seven West Media as the channel most likely to land the rights and, if successful, suggested the firm may seek to share the deal with SBS as it did during the 2008 Beijing games.

Nine would neither deny nor confirm the story. Group sales and marketing director Peter Wiltshire told AdNews there was "no comment at all".

However, Fusion Strategy managing director Steve Allen said he will "not be surprised at all" if the network decides not to bid.

Allen said: "Media organisations are under extraordinary pressure right now, here and elsewhere in the world. If a company's management is running assets on behalf of shareholders, it would have to be very careful on what it bid on."

If the firm had not made any money on the London Olympics, that decision was sensible.  "[If] it didn't make money, it won't bid again," he said.

Allen pointed out that if Nine decided not to bid, the move would "lessen a great deal of competitive tension" for other networks that did bid for the broadcast rights.