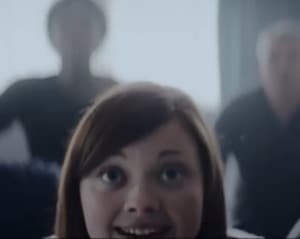 This week's branded viral videos include spots from Samsung and Greenpeace.

The number one spot was grabbed by footy champ Neymar. The one-on-one chat might make Brazil feel a little better about being slammed in the World Cup.

4.  LEGO: Everything is NOT awesome.

Guinness salutes the character of a community as they down their pints in honor one of their own who is out of sight, but not out of mind.  Racking up 989,301 Youtube views, 339 Twitter shares and 9,549 Facebook likes.

7. The History of the Manchester United Shirt

One for the Born Supporters. Contains wee steps, giant leaps, meat and two veg and earplugs for martians and brings in 112,162 Youtube hits, 697 tweets and 2,721 Facebook likes.

Viral video chart is composed of the most popular videos of the week, taking out music videos, sports clips or movie trailers and split into branded videos and UGC content. Looking for the virality of each video, charts are ordered by their combined Facebook and Twitter shares. This removes the danger that only content which has lots of bought views behind it is included.