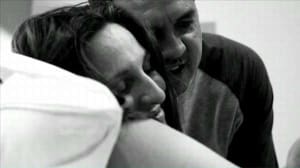 The creative director behind the first ever ad in Australia to feature a real birth has told AdNews he wanted to convey the “ugly beautiful” truth of childbirth in their latest campaign for IVF clinic Genea.

Rhodes Shapter founder and creative director Dale Rhodes said his desire to create an “authentic, real and emotionally driven” ad had resulted in a completely real portrayal of a woman’s journey through childbirth.

The campaign was developed to have two ads and two specific ratings to prevent it being banned. The agency recorded both a PG and M rated TVC for the campaign, with a single frontal shot the only difference between the two.

The ad features the birth of a baby filmed in black and white to promote the renamed Genea IVF clinic. It will air on both Nine and Seven and their respective digital offshoots.

Rhodes is certain it might offend some viewers but believes the end result was groundbreaking for Australian television.

“Witnessing the birth of my own children was one of the most amazing experiences in my life. And bringing the magic of childbirth to film has, as far as my career goes, been one of the most rewarding moments too,” Rhodes said.

The ad was shot the same night the Bledisloe Cup match between Australia and New Zealand in a NZ birthing clinic and the labor took almost six hours.

A spokeswoman for the Genea IVF clinic said they were “absolutely thrilled" with the final result.

“It captures the beauty of childbirth and awe of being a new mum,” the spokeswoman said.

The ad will run for two months but will be screened only at night.