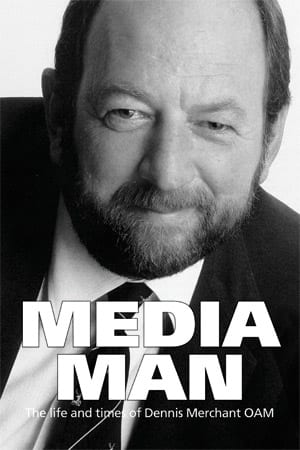 Dennis Merchant spills the beans on Australian advertising shenanigans in the '70s and '80s.

Dennis Merchant, the founder of Australia’s first independent media agency, Merchant & Partners, has called for a public inquiry into media auditors, hitting out strongly at his experience with the Commonwealth Bank, Ikon and Faulkner Media Management, owned by the listed London firm Ebiquity.

Merchant’s tell-all book, Media Man, which was launched last Friday, fires a number of shots at the Commonwealth Bank after its dumping of his media agency in the 1990s and its later appointment of Ikon and the use of media auditing. Media auditing works by advertisers dropping their media rates and schedules into an anonymous pool with others to benchmark who is getting the cheapest deals.

“I believe they [advertisers] fully understood that this was going to force media buyers on all these brands to play to the audit which was to simply buy the cheapest rubbish they could find. This was quite often multi-spotted with four or more spots in the one low-cost programme,” Merchant says in his book.

“If it is still being allowed to continue it is an industry disgrace. One of the most spineless acts of bastardry I had witnessed in close to 40 years in the business was when Scott Reinke took the Commonwealth Bank business away from us.”

Merchant then documents the political in-fighting which characterised the sale of his company to the New York-based Interpublic and subsequent moves by the Commonwealth Bank’s then outspoken marketing boss Graham Ford to appoint Ikon. A luncheon speech Ford gave to the International Advertising Association comes in for particular attention.

“In his presentation, Ford claimed that CBA’s media buying arm – Ikon Communications – had reaped significant savings for the bank,” Merchant writes. “The auditors – Faulkner Godbold [now Faulkner Media Management] – were quoted as saying: ‘Hiring Ikon was a great success for CBA as it not only improved the quality of airtime but it also generated significant price benefits too’.

“In my opinion Ford was a loudmouth blow in who got himself into position at the CBA and then proceeded to act like the bully boy whose aim was to change the advertising industry for the better. Yeah right!

“I kept asking the question ‘if this auditing is supposed to be holding media buyers accountable, for what is it holding them accountable?”

Merchant says the industry never received an answer from Faulkner Goldbold. “Why? Because they had no answer,” he says.

“The whole show was clearly a case of mates looking after mates. Faulkner and Goldbold were both former media directors and both worked at Ogilvy & Mather, as did Graham Ford and Ikon’s managing partners Simon White and Gary Hardwick. I mean, how cozy. I would simply add that Faulkner, in particular, had no love for me. I imagine due in no small part to his severance from Ogily & Mather and that agency’s appointment of Merchant & Partners.”

Merchant also quotes Harvey Norman’s executive chairman Gerry Harvey on the issue: “Gerry Harvey warned me about taking on this issue following my retirement from Merchant & Partners when he said to me “Mate, you don’t have to prove anything. If the silly bastards don’t care, why should you? Let ‘em keep doing it.”

Merchant remains hugely skeptical of media auditing: “If this practice is still going on in Australia today, I reckon the Advertising Federation of Australia (now part of The Communications Council), the Australian Association of National Advertisers and Free TV should all get together and call for a public inquiry.”

Media Man is self-published and can be purchased at mediaman.net.au or you will receive the book – valued at $30 – FREE when you purchase an AdNews subscription. You will receive AdNews magazine in print and on your iPad, including the latest Agency Rankings, plus one year's full access to www.adnews.com.au, PLUS Media Man. Click here to subscribe.