MasterChef: The Misogynists? Ten in the firing line over 'sexist' promo 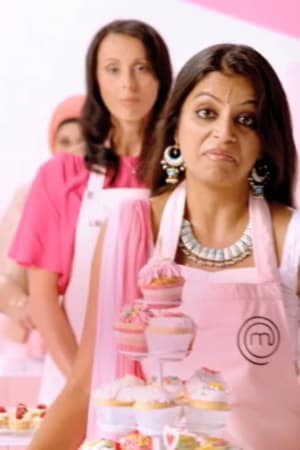 Oh boy, here we go. In the latest minor headache for Ten, a promo for its upcoming 'Boys versus Girls' season of MasterChef has come under fire from a feminist group for promoting outdated gender stereotypes and "heteronormative sexism".

In the ad, set to Andy Williams' 'Music to Watch Girls By', sparring male and female contestants trade lines like "Men are more experimental" / "A woman can multitask", and "Women are better at presentation – we're used to grooming ourselves" / "When a man puts his mind to a job, it always turns out better".

On Saturday, feminist Facebook group Destroy the Joint – spawned last year out of a Twitter hashtag in the wake of 2GB broadcaster Alan Jones' comments about the prime minister – issued a rallying cry to its nearly 30,000 followers to give Ten a piece of their minds.

"Destroyers, MasterChef Australia has just released a promotional video for MasterChef 2013, and it looks like they're planning to make 2013 the Series of Heteronormative Sexism," the page wrote.

"At the end of the video promo on their page a woman throws a cake at Gary Mehigan's face. Frankly, we'd like to do the same to the people who came up with and approved the idea of making sexism the centrepiece of the show.

The promo has since attracted a wave of criticism online – indeed, across all three platforms. "You took a wholesome show celebrating a universal skill and turned it into a gender contest for Australia's dumbest audience," wrote one user on the show's Facebook page.

Wrote another: "Ads and shows like these continue to condition people to think these out-dated and completely false stereotypes are reality and it continues to reinforce sexism in our society. Children see this ad and this show. What do girls and boys internalise from these messages? This is so disappointing."

However, many were quick to defend the concept: "I think everyone is overreacting. To say this is appealing to the lowest common denominator is idiotic in itself – it's reality TV. Get off your feminist high horse and take your ideals... back to the kitchen. Ha! Oh, and if [the girls] did win, I'm sure you wouldn't be complaining."

And on the Destroy the Joint Facebook page: "Seriously, women are being stoned to death all over the world, and you're calling for women to mobilise over this?! How embarrassing."

A Ten spokesperson told AdNews: "We don't regard it as sexist at all. The show is a celebration of food and amateur cooks competing. It's presented in the promo, which is just one of many to come before the show lands, in a humorous and entertaining way.

Ten is under intense pressure for its ratings tentpole to fire this season after the lukewarm performance of spin-off MasterChef: The Professionals against Seven's My Kitchen Rules. The 'Boys versus Girls' theme is apparently an attempt to reinvigorate the format.

What do you think – heteronormative sexism or harmless fun? Leave us your comments below.

Amendment: This article originally described Destroy the Joint as a 'radical' feminist group. It has been pointed out that this is not accurate. The author accepts that 'activist' would be a more reflective description.

Note: Due to website limitations, only 30 comments can be displayed on the page.