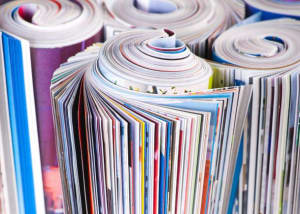 Australia's big three magazine publishers are ramping up plans to tackle what they believe to be a baffling bias among media buyers against magazine advertising as part of a push from the recently revived Magazine Publishers of Australia.

Underlying the new program is ad market comparisons for the UK and US markets which show Australia is dramatically less enamoured with magazine advertising than other key international markets.

The chief executives from ACP, NewsLifeMedia and Pacific Magazines were out in force last night at a media dinner stating their case.

There were no signs of the fierce rivalry which has paralysed magazine publishers from working together as an industry for the past four years. All three publishers were talking up the good news from the magazine industry and appeared friendly.

ACP CEO Matthew Stanton said: “What I find remarkable is that the advertising spend in the [Australian] marketplace on magazines is about 4% whereas in the UK it’s about 8% and in the US it’s about 12%. And I don’t understand why.”

Stanton also pointed to another troubling point that advertising spending in Australian magazines was declining at double the rate of circulation and readership trends.

“We can’t just fathom why both from a consumer point of view and on international standards why the ads are falling. It doesn’t make sense to us. Whether international advertisers have a better feel for engagement levels that magazines give from an advertising point of view I’m not sure but that is a mystery for us and something we are going to be looking at very carefully.”

The common lament from magazine publishers is that media buyers do not value enough the fact that magazine readers pay for their content via cover prices.

NewsLifeMedia’s CEO Nicole Sheffield said the most common question she gets in her magazine role after returning from the TV industry was  “do you miss telly?”

“I do,” she said. “Because it was easy. Magazines are far harder, they’re more complicated because we have an incredibly engaged consumer and the reason they are engaged is because we are not a fad, we’re not a space in a medium. We are actually a brand that they spend money on and invest in. That’s an investment not just in the pocket but in time and that is incredible when you are living in this day and age. I don’t think print is dead. We are not in the business of ink or any of those things but we are in the business of inspiring people.”

“It’s ironic that at a time when the motion picture industry has seen some of the greatest technology an d special effects that one could ever imagine that the power of a great script, the chemistry between two actors still beats everything.

“Great movies rise above special effects and that is what we do in magazines. We provide an experience that goes beyond ink and paper. We’re more than companions in the bathroom. Magazines touch people. They make you feel good.”