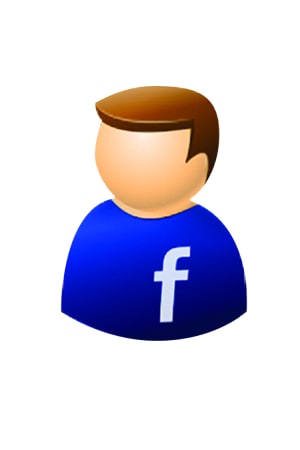 Facebook launches its anticipated Check In Deals today, with Commonwealth Bank, 7-Eleven, KFC and Westfield signing up as inaugural advertisers.

Facebook Check In Deals is finally here after it was was tipped last year to launch sometime this year. It allows a user to check in to a brand's Places page on their mobile device when they are nearby to "unlock" special deals and discounts.

Commonwealth Bank is offering the first 2200 customers who check in and sign up for an Everyday Account monthly movie vouchers for a year while convenience store chain 7-Eleven is offering up a bottle of Coke for $1. Fast food chain KFC and Westfield are also offering launch deals.

Commonwealth Bank general manager, consumer marketing, Mark Murray, said: “We see this as an exciting opportunity to reward customers. People already connect with each other through Facebook Places and this is an extension of that, allowing customers to connect with our branches."

KFC Australia chief marketing officer, Nikki Lawson, said: “We’re proud to be one of the first brands to give customers real-time access to great discounts via Facebook Check In Deals. We are always looking at ways to provide our customers with quality products at value for money prices, and this is a great way to reward not only our Facebook fans, but Aussies across the country for their loyalty.”

Westfield general manager of marketing, John Batistich said Facebook Check In Deals is a significant step forward for retailers. He said: "Retail, and particularly the way we can now target shoppers with special deals and discounts, has changed dramatically over the past decade.  With tools such as Facebook Check In Deals we’re now able to communicate to our shoppers in relevant and localised ways.”

Facebook head of Australia and New Zealand Paul Borrud told AdNews: "We're really excited, we've got four great brands leaping forward in this space. It's a natural extension of what our product does."

Borrud said the launch of Check In Deals in the local market several months after other Western markets can work to Australia's advantage, with data, case studies and insights available from the earlier launches.

Media buyers had been briefed about the program over the last few weeks.

Initiative Sydney digital director, Andrew Davis, told AdNews: "I think Places by itself has struggled, so it's a great opportunity to get some value from it. It's positive for both consumers and businesses. Deals will dominate the market where Foursquare has had limited success."

Davis said Facebook is adamant the deals offered to consumers through Check In Deals has to be compelling. He said the social networking site won't accept a paltry 2% off deal, it has to be worthwhile for the consumer.

Businesses will be able to offer four different types of deals to users, individual offers or discounts, group offers for up to eight people, loyalty offers, and charity offers.

Check In Deals is launching in beta phase today with no firm date yet on a full roll-out.

Facebook Deals launched in the US in November last year, while the program has been operating in Canada, France, Germany, Italy, Spain and the UK since January.