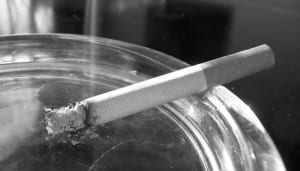 Australian consumers are still subjected to tobacco advertising despite strict legislation, through pro-smoking smartphone apps with global reach, according to a study from the University of Sydney.

Sydney University has claimed the easy availability of pro-smoking apps with global reach is in violation of Australia's ban on tobacco advertising.

"The regulation of these apps is lagging behind the legislation in Australia and many other countries which ban tobacco advertising including through the internet and virtual stores," said Nasser Dhim, lead author of the study and a PhD candidate from Sydney University's School of Public Health.

"This is despite the fact that the Apple and Android app stores have the technological infrastructure to block the sale of apps in accordance with local laws. As we show in our study Apple has already used this technology to ban access to certain content on its app store, in both China and Saudi Arabia."

The study has pointed out 107 English language apps which can be classified as 'pro-smoking', with 65 in the Apple store and 42 in the Android app store. The authors attempted to identify the publishers of the apps, but were not able to categorically determine which individuals or companies were behind them.

The study defined pro-smoking as any app that explicitly provided information about brands of tobacco including where to buy products, images of brands and cigarettes and any trigger cues for smoking.

Fourty-eight of the apps simulated smoking and were the most popular download for Android users, while 42 promoted brands. Nine were classed as cigarette battery apps, which depict phone battery as a burning cigarette, while another 6 spruiked smoking-related backgrounds.

The remaining two apps advocated smoking and provided information on how to roll your own cigarettes.

Despite claims that simulation apps can help consumers quit smoking, they were still seen to promote the habit as they either resembled cigarette brands or were published under "entertainment" or "lifestyle" category. Researchers found the apps by searching related words including "smoke", "cigarette" and "tobacco".

The study also revealed that the Android store issued no age warnings, compared to the Apple store which warned users when an app warrants "high maturity".

The study also argued the availability of such apps was a violation of the World Health Organisation (WHO) Framework Convention on tobacco control, which bans advertising and promotion of tobacco products in all media. The agreement came into effect in 2005 and related to all commercial communication.

The authors of the study said: “App stores have a moral and arguably legal responsibility to ensure they have the infrastructure to comply with WHO FCTC and other laws restricting advertising of tobacco to minors.”

In August this year, Australian tobacco companies lost their appeal against plain packaging, with the law set to take effect from 1 December 2012.

Authors of the study were Nasser BinDihm, Becky Freeman and Lyndal Trevena. It has been published in the British Medical Journal.