Audi's make your own ads drive people to site 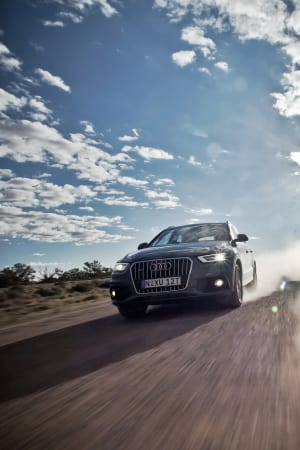 Audi fans are spending 19 minutes on the brand's website on average after the car maker invited them to direct their own TV commercial as part of its latest campaign. But despite asking consumers to create the next ad, just don't call it crowdsourcing.

More than 1,100 TV ads have been made by fans as part of The Land of Quattro campaign, which launched two weeks ago.

The dwell time and engagement is the longest Audi has ever seen on a campaign microsite, which means it has already achieved Kevin Goult, Audi Australia’s general manager of marketing's aim of generating emotional engagement with the brand. Goult claims there have been more than 70,000 individual interactions on the site as users view camera footage, add scenes and watch video clips.

Anna Burgdorf, general manager of Audi corporate communications, says: “Our expectations were high and we know the concept is great for us because its a great way to integrate people with the brand and people have really responded to it.

“We don't see it as crowdsourcing, we see it as another way to watch a commercial and be involved in a brand campaign. It's an individual interaction for people to take part in and it's something different to crowd sourcing. Anything we can do to engage people more in the communality and the Audi brand is a good thing.”

Using footage created by the brand, Australians can log on to the site and direct their own version of the ad including Australian landscapes, vehicle footage and scenes of everyday activities.

A judging panel of Audi execs will judge the entries and the winning film will be aired on national TV on 29 September. In the run up to the finale, Audi is selecting one film each week to feature on its Facebook page.

Current plans are that the campaign will end whit the airing of the winning TV ad but Burgdorf says “it's too early to say” what direction Audi will take the campaign. There is potential for the ideas to form part of a broader strategy.

Audi is also hosting an experiential event this week to drive awareness of the Quattro technology.