Your first bot doesn’t need to change the world 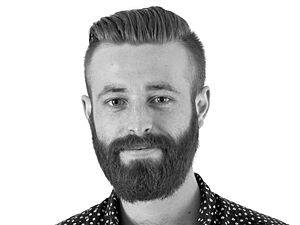 Everybody knows that bots are hot right now. Between Facebook Messenger and WhatsApp alone, billions of people worldwide are daily active users of messaging apps. Demographic agnostic, messaging is only continuing to grow. It’s big enough already that the inevitable backlash has already started. Some brands have already shuttered their bots, either disappointed with the experience, or struggling to find a real business need to fulfil.

If you’re a brand without a bot, it can be a confusing, polarising field to navigate. Many don’t see the need for a bot, while others see too many needs.

The best course of action is to start by thinking small.

In 2016, Facebook opened up its Messenger platform to brands and automation via the Send/Receive API. While they certainly weren’t the first messaging platform to do so, they were by far the biggest.

Satya Nadella, CEO of Microsoft, proclaimed at the beginning of 2016 that “bots are the new apps”. It’s not such a wild claim either. Why make users download an app when there’s the potential to fulfill the same functions via the messaging platform they already use?

Yet consider where we were a year after the iPhone’s release, in the middle of the app gold rush of 2008; the top paid app was a virtual koi pond.

Fast forward to the end of 2016 and the top free apps were Snapchat, Messenger, and Pokemon GO, all of which rely on the same basic tech we had in 2008. Besides raw processing power, the difference eight years makes is that we better understand how to apply and leverage the technology in a human context.

AdNews explored the rise of chatbots in our July issue

Bots today are in a similar place. The most popular are doing things like storytelling, following decision trees for product discovery and selection, or performing basic functions like weather reports and flight status updates. They make good use of the conversational nature of the platform, but the market is unlikely to look anything like this in a few years as our understanding of how to best apply the technology grows. Many of the most popular apps today are produced by companies that didn’t exist before the App store, pioneering not just digital products, but business models. Imagine where we’ll be with messaging, bots, and AI in another eight years.

Unless you’re operating at unicorn scale, with a commercial interest in driving innovation at a platform level, you’re unlikely to have the time, talent, or resources to build anything like the generalist AI-powered chatbots being developed by Microsoft, Facebook, and Amazon. On the other side of the coin, if you don’t start now, you risk losing sight of your competitors.

Think of your brand’s first bot in terms of a minimum viable product; just because you technically could do something, doesn’t mean you should. There’s a huge opportunity for brands to carve out a place in this exciting new market, and it’s easy to ideate and concept a multifaceted bot that will automate your most complex customer service tasks. Unfortunately it’ll probably take a lot of time, a lot of money, and you may find your audience doesn’t actually use it at all.

Instead, think about one function that you can do really well first, using existing user behaviour to guide you. For instance, we found that people were using Messenger to ask Qantas about holiday destinations and sales. Using this, we built a bot to provide personalised travel inspiration via Qantas owned content, and in the process recommended great flight deals.

For the future business case, getting this first bot to market was as important as the strategy itself. And that’s enabled the next iteration, an advanced customer support service.

There’s also the paradox that great work can be easier to produce when you impose artificial limits on yourself. For example, natural language processing is great, but is it something that you really need to create a useful and compelling experience? ABC NewsBot utilised an open question format and natural language processing when it first launched as part of election coverage in July 2016, before moving to a better, more user-friendly experience driven by quick responses and menu options in November.

This isn’t meant to discourage disruption and innovation. Big ideas are still as important as ever, but as a brand you need to build for an audience that trusts you first.

Consider the value of thousands of automated interactions for simpler tasks or processes, with additional functionality then built out based on research and user feedback. The West is already lagging in this respect; bots are part of day-to-day business in Asia, with China Merchants Bank handling almost two million daily banking transactions via their simple but smart WeChat messenger bot. Contrast this with a bot full of capabilities, but poorly executed, and with a frustrating user experience for most of the audience. Sam Mendel, CEO of Poncho, the hip weather cat, summed it up best: tolerance for a mediocre bot is much less than for a mediocre app.

But remember, a basic bot doesn't need to be banal. Make yours pop with personality. Surprise and delight. Try and make them laugh. We all know it’s not a human, but that doesn’t mean we want it to talk like a robot. Automated conversations with people offers a huge opportunity for brands to connect with consumers -- as long as you don’t start by biting off more than you can chew.

More important than anything though, is taking the first bite.