Why more Australian businesses are turning to WeChat 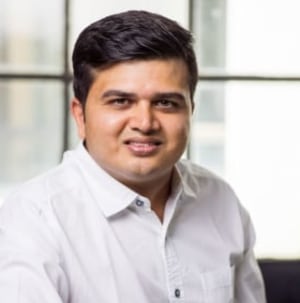 Over one million Australian residents identify as being Chinese, and an estimated 185,000 students currently studying at Australian universities are Chinese.

Approximately 1.2 million Chinese tourists visit Australia every year and spend the highest amount of any visiting nationality during their stay, an average of $8,300 AUD per person.

It should come as no surprise then that Australian businesses are actively pursuing Chinese consumers.

But how are Australian businesses marketing to Chinese consumers and, compellingly, how are they reaching those who live in China? China’s internet censorship policy is one of the strictest in the world.

This effectively renders conventional Western marketing techniques useless. But this is where WeChat comes in.

WeChat is China’s leading multi-purpose messaging and social media app. It allows Australian businesses to advertise to the Chinese market, and the popularity of this method is only increasing.

There are currently around three million WeChat users in Australia, and about 38% of these users are not native Mandarin or Cantonese speakers – hinting to the growing popularity of WeChat in Australia, and how the ‘Super App’ and Australia’s commercial relationship with China are inherently linked.

Chinese multinational Tencent released WeChat in 2011 under the name ‘Weixin’ and then rebranded it as ‘WeChat’ in 2012. There is a common misconception that WeChat is merely ‘Chinese Facebook’ – but this is woefully inaccurate.

But users can also use WeChat Pay to pay for services or bills (Australia was one of the first offshore markets that WeChat targeted with its WeChat Pay feature, which is now available in 25 countries).

WeChat currently has over 900 million monthly active users. The average daily time user spent on the app as of 2016 was 66 minutes, trumping Facebook’s time of 50 minutes.

WeChat has been dubbed China’s ‘App for Everything’ and the ‘Super App’ because of the vast ecosystem that the brand represents.

Australian businesses are incorporating WeChat into their marketing strategy. David Jones may be Australia’s oldest department store, but by no means is the retail giant a stranger to adopting emerging marketing methods.

The David Jones WeChat account functions as a weekly fashion magazine, showcasing brands and items that are desirable to the Chinese consumer.

During Lunar New Year in 2016, it was predicted that Chinese tourists would spend up to $150 million in Australia’s department stores. In response to this, David Jones ran advertisements on WeChat during the Spring Festival in the hope of bringing in as much of that predicted $150 million as possible.

Destination NSW hosted leading Chinese digital influencers during a series of trips to New South Wales that took place during 2016-2017.

These influencers showcased Sydney and the Blue Mountains via WeChat and similar apps as part of Destination NSW’s campaign.

In the lead up to the event, Destination NSW Chief Executive Officer Sandra Chipchase explained the motivation behind the trips.

“As the group travels around Sydney, every moment of their visit will be shared on their WeChat and Weibo accounts which collectively have a daily visitor number of more than 14 million views”, she said.

The Australian China Business Council predicts that the number of Chinese tourists visiting Australia will reach 3.3 million people per annum by the year 2026.

Henceforth, we can expect to see more Australian businesses adopting the WeChat Pay service and displaying their QR codes in-store and on their websites.

WeChat alone may play a leading role in making Australia an even more ‘cashless’ society. We will continue to see more collaborations between Chinese influencers and Australian brands take place, due to the sheer effectiveness of these partnerships.

Tao Liang, better known by his moniker ‘Mr. Bags’, is a Chinese blogger with an estimated 1.2 million followers on WeChat and Weibo combined. His collaboration with Givenchy via WeChat earned the fashion house an impressive $230K (AUD) in a mere 12 minutes.

The Chinese consumer is a major player in the Australian economy, but only recently are large businesses finally committing to WeChat.

As the number of Chinese tourists visiting Australia is set to drastically increase, Australian businesses should begin utilising the power of WeChat marketing.

Without it, they may find that their business is almost invisible to a powerful consumer.