When your brand name no longer reflects the publication 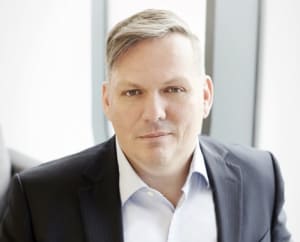 How do you expand awareness of the diverse content of a brand when the brand has a well-established reputation in a certain field but has evolved and the name no longer tells the full story?

That is one of the challenges that we, in the communications team at The Economist, have been addressing – since I was appointed to the newly created position of global head of PR and Thought Leadership early last year.

While we are keen to demonstrate The Economist remains as relevant and necessary as ever for its well-regarded coverage of global politics, business and finance, we also want to make potential subscribers aware it covers a broader range of topics as well. For instance there are regular articles on science and technology, the environment and education – albeit often with an economic slant.

First let me acknowledge we are the fortunate position of promoting a brand that is already well established and highly respected, with almost 200 years of publishing history and influence behind it. The Economist has a growing global circulation of 1.5 million, and the newspaper, as it still likes to be called, reaches the highest levels of public and private sector organisations.

Its iconic red and white logo is so strong that a recent Trump billboard advertisement in the US was mistaken for a campaign by The Economist because of its similar use of white typeface on red background. Very few brand logos can stand alone without the brand name incorporated.

However it would be wrong to say that that very success doesn’t pose some challenges, in terms of limiting perceptions of the newspaper’s content.

Our main marketing target is the estimated 132 million people globally that The Economist has characterised as ‘progressives’ – people who are intellectually and globally curious.

1) The cover. As a newsstand publication, the cover does an important job of communicating the diversity of the content. Some recent examples of this include: ‘March of the machines’ - on Artificial Intelligence (June 25); ‘How to make a good teacher’ (June 11); ‘Beautiful minds wasted’ – on autism (April 16), and ‘The whole world’s going to university’ (March 28, 2015). 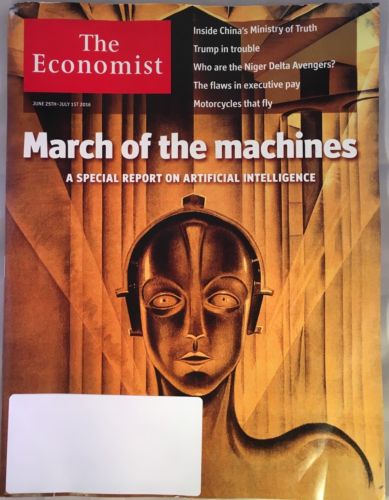 The Economist cover has also display several socially-progressive thought leadership campaigns, such as one last year on voluntary euthanasia with a ‘Right to Die’ cover (June 27, 2015). Others include a cover in support of the legalisation and taxing of marijuana – with ‘The right way to do drugs’ cover (Feb 13). Advocacy of gay rights is a long-running campaign with the ‘Gay divide’ cover in 2014 and dating back to the ‘Let them wed’ cover in 1996. (As part of that campaign The Economist held its first ever Pride and Prejudice event on the subject across three cities: Hong Kong, London and New York, earlier this year).

2) Another important method to expand awareness of The Economist’s broader content is through the use of experiential marketing campaigns. These have been highly successful to date. The campaigns communicate the unexpected and varied content of the product by challenging preconceptions. They are a great way of sharing aspects of the story that can’t be expressed on the page.

Take, for instance, the recent insect ice-cream tasting campaign in Europe and Asia, including Sydney and Melbourne over 10 days last November/December. That campaign had little to do with economics or politics and it challenged the consumer to think about food in a new way; as a potential low-cost, high protein source of nourishment in over populated societies. As people ate their Scurry Berry fruity ice cream with a mix of insect bits, or Choc Hopper chocolate ice-cream containing grasshopper chunks, they were invited to read an article in The Economist: ‘Why eating insects makes sense’. At these events we provide links to the associated content and cookie them so we can sell subscriptions. People also have the opportunity to get a discount subscription offer if they sign up on the spot.

These campaigns also allow us to target local PR and provide content to share on social media. Our seven PR agencies around the world also make good use of PR in traditional media of print, radio and tv to show the breadth and depth of Economist coverage and expertise.

3) New digital channels are increasingly important strategy to engage new audiences in this era of digital and social media.

When digital was first ushered in there was a trend in reactive behaviour but now The Economist, and others, are shaping their digital future. Brands have become their own publishers online. The Economist has the experience and expertise to take advantage of this. From beginning as a weekly print publication in English, digital has enabled a host of new platforms to be created, so that The Economist now delivers video documentaries, apps, podcasts and more, as well as a new bi-lingual (Chinese-English) publication.

The Economist launched its first daily edition with the Espresso app in 2014, providing bite-sized summaries of key international stories before breakfast each day to subscribers. Last year it launched its first bi-lingual edition with The Economist Global Business Review app, which makes content available in Chinese (Mandarin) and English. Economist Films was also launched last year, while at Apple’s Worldwide Developers Conference The Economist was named as one of the media outlets that will provide select content for Apple’s News App.

The global digital acquisition team's recent brand response campaign for The Economist was given the Gold Cannes Lions award at the recent annual Cannes Lions Festival of Creativity, held in Cannes, France in June. With around 11,000 delegates from 90 countries, it is the largest gathering of advertising professionals, designers, digital innovators and marketers in the world.'

To conclude, we have realised the new channels mean that you have to invest in your backbone technology and assess your data. Users value their privacy so it is advisable to adopt a polite tone and not to ‘spook’ them. Once we identify a potential subscriber we aim to introduce our brand as if by magic. In an oversaturated market facing short attention spans, our content has to surprise, so we need to have a creative strategy with contextual relevance. With users starting to install blockers, it’s also important that we focus on the user experience: simplifying, personalising and making that experience faster. As our advertising slogan suggesting people give a gift of an Economist subscription says, and sums up what we offer: ‘Give a valuable, intelligent, informed view on the world’.