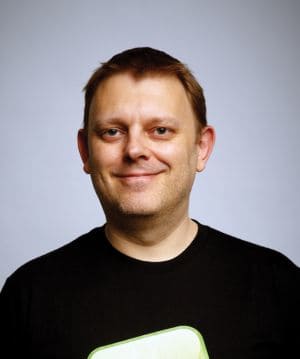 In the summer of 1989, a remarkable thing happened to the Mitsubishi brand. Within a matter of months it became associated with fun, good times, dancing and parties. It became very cool. And not only did Mitsubishi not realise it, they didn’t even plan it. It just happened, as many things do, in an underground drugs lab in Holland.

The ecstasy pill is marketed like anything else. Once the raw materials have been pressed into pills, they’re stamped with a logo that represents the batch. The logo is always simple and associated with premium commodities such as superheroes, fashion labels, cars and designer jewellery.

The batch hits the streets and word of gurning mouth spreads. Good batches are repeated and asked for by name, the bad ones never see the light of a nightclub toilet again.

But the Mitsubishi was something else. It was a sensation. In 2001, the Dutch Synthetic Drugs Unit (USD) counted 121 different brands being used by ecstasy manufacturers. And the Mitsubishi was, by far, the most prevalent.
It was ridiculously, mind numbingly, music enhancingly, good.

By the start of 1990, the Mitsubishi logo was everywhere. You could find it on t-shirts, badges, patches, record covers and necklaces. The logo was ripped off cars and hung around necks. It was spoken about in hushed reverence. It stood for the quality, excellence and longevity you looked for when you wanted to get really, really caned.

It was a marketer’s dream. If you happened to be in the business of marketing vast amounts of illegal narcotics.
The decision to choose the Mitsubishi logo is an odd one. Don’t get me wrong, I have absolutely nothing against the brand, but as far as sexy brand cache goes, it’s not Chanel, MTV or Nike, and they were all pill competitors in the early 90s. In fact, the BMW logo is imbued with vehicular class and a very similar logo construction – but it was the simple three diamond Mitsubishi that wore the sweaty crown.

Years later, we’d see Subservient Chicken, and that little button that got you to pass Hotmail to your mates, being lauded as the world’s first truly viral marketing success.

I disagree. That honour goes to the Green Mitsubishi. Within a year it had conquered the elusive 18-25 demographic and spawned numerous imitations. It was sung about, written about and probably made its creators multi-millionaires, but of course, they didn’t last long enough to enjoy it, being either dead or in Dutch prisons.

As for the hijacked brand itself? Of course, they had to stay silent and let the thing go. I mean, short of taking on a few drug cartels what could they do? They had to sit and watch an entire generation raise their arms into the air and scream their name in unadulterated and literal ecstasy.

Twenty-five years later, Volvo persuaded Jean-Claude Van Damme to do the splits between two trucks and the entire world knew about it within a matter of hours.

I have a suspicion that, like many large brands, Mitsubishi might just have asked one of their agencies for ‘one of those.’ But viral doesn’t work like that. True viral needs the perfect match of timing and culture. It just… happens. And for many, that’s a bitter pill indeed.