Viewability has been solved. Let’s stop measuring it and focus on ROI 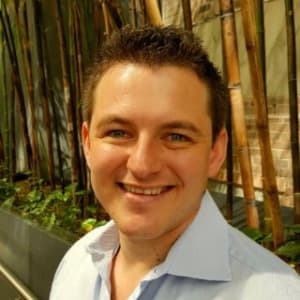 Viewability is a hot topic and is high on the agenda for digital marketers needing to show higher ROI.

IPG’s recent announcement that it will be offering clients the opportunity to measure unseen display advertising, follows a problematic industry trend. Rather than solving the issue of viewability, the industry has focussed on measuring it.

Client’s campaigns should be optimised to focus on business objectives and not arbitrary metrics that diagnose an ‘industry problem’ without curing it. There is already a technology that counts viewable impressions in real-time instead of just measuring the problem.

Four years ago a solution was developed (by us) that solves the viewability issue in real-time, at the impression level. This technology is completely unique, patented and developed in Australia. Solving the viewability problem in real-time across a programmatic buy allows huge increases in ROI. Only viewed impressions are counted (at no premium) and the optimisation and attribution is significantly cleaner. It even comes in a publisher version that creates higher yields and fixes the problem at the source.

This technology is one of several proprietary technologies that are significantly disrupting digital marketing in programmatic, search and social advertising.

We all know that advertising has an impact, but the challenge for marketers and agencies is to accurately measure and attribute credit to each channel. Without a viewability solution display advertising isn’t that different to a billboard at the train station – impossible to optimise and measure.

Drawing comparisons to another digital channel simplifies the issue. Email marketing has consistently been the highest ROI channel in digital. An advertiser spending $1 on an email can reach an average ROI of $40 or more. The metrics used for email optimisation allow this high return (opens, clicks, conversions). A conversion is not counted when an email is not opened and by the same token, an online display conversion should not be counted when a display ad is not seen.

The vast majority of attribution for display is still based on the last click/ last impression model, with up to 90% of conversions falling into the last impression category. A display ad that is never seen by a consumer and doesn’t influence a purchase can claim 100% of the credit for the conversion up to 30 days after the impression is served! Even worse - display is rarely de-duplicated against other channels when conversions are being counted. Digital marketers at a large brand will most likely be counting conversions multiple times in different channels. This is a big problem as staff can be paid bonuses for meeting channel KPI’s without reaching the overall company target.

Consumer purchase decisions also aren’t influenced by one channel alone and unless your agency’s attribution model reflects this, it will always be inaccurate. Creating true multichannel, de-duplicated attribution is not as simple as a point solution.

As a digital marketer your objectives are clearly set. For acquisition campaigns you need more customers at scale for the lowest CPA. For brand, you need to deliver confirmed reach and frequency to the right audience with efficiency and impact.

Typically the responsibility for media effectiveness sat squarely with your agency. However as the industry adapts to new technology the balance of power has started to shift. A large advertiser can now use technology platforms to purchase their own inventory directly from publishers, without a reliance on their agency’s relationships and buying power.
They can also utilise their own first party data to optimise campaigns to a degree. Most advertisers can’t afford to invest $1m or more in a trading desk, ad server, DMP, full-time staff and other associated costs over and above their media spend.

Taking your programmatic ‘in-house’ can yield some returns. However unless you solve viewability, you are using the same tools and metrics as your agency and competitors.

We will never know how much money has been spent on studies like IPG’s, which took eighteen months to formulate. Nor will we know the resources expensed by clients conducting proof of concept viewability reporting, all of which fails to address the problem for advertisers.

As the industry focuses on more ways to measure viewability, it is important for marketers to realise that the problem has moved past measurement and is now solved. The viewability solution is not the bleeding edge; in fact the technology has been proven on thousands of campaigns and billions of impressions in multiple countries.

The industry has invested significant time and money on measuring the viewability problem. This delivers no real commercial value. Only solving this problem unlocks value in digital marketing and creates an unfair advantage for advertisers.