Trust is vital to the future of the media publishing industry 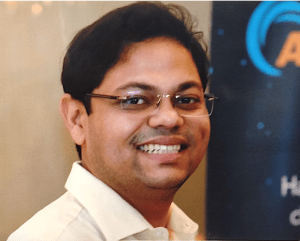 In 2020, media companies will continue to redefine what it means to be a publishing brand.

Traditional broadcast providers are evolving into software companies, with cloud delivery mechanisms such as Infrastructure as a Service supporting this transition. Major TV networks are set to launch stand-alone, direct-to-consumer streaming services in mid-2020. And virtually every news media brand is evolving beyond its core and pivoting to paid, through digital subscriptions and ad-supported content.

The Australian Government’s response to the ACCC’s Digital Platforms Inquiry report and the much publicized failings of trust across the social media landscape have played a big part in this shift. To support the growth of these new businesses in a more stringent regulatory environment, investment in the delivery of content and managing the risks of operating in the digital media supply chain is critical.

In the world of digital ads, IP-based TV and over-the-top (OTT) streaming, attacks are more complex to manage, and the stakes are higher: loss of subscribers, revenue, eyeballs, brand reputation and trust. The potential for media companies to lose rights to broadcast major sporting events or face legal action on the basis of failing to adequately protect content, means security must be a top priority. Here are three types of threats media brands and publishers will need to respond to over the next 12 months.

Crackdown on bots and third-party content
The sheer size of the digital advertising ecosystem, with many stakeholders involved in ad placement and screening, including the publishers, ad servers and retargeting networks, has enabled adversaries to take advantage of its complexity and also consumers’ inherent trust in media websites. Malvertising is a growing sweet spot for adversaries, where they seed malicious code in online ads displayed on news sites, to infect users and then redirect them to malicious sites.

The risk to publishers is loss of traffic and revenue, damaged reputation and legal liability for damages caused to users visiting their sites. Today, Apple Safari, Mozilla Firefox, Microsoft Edge, and Google Chrome have all implemented prevention of third party cookies by default. We can also expect to see more consumers using ad-blocking software and opting out of online experiences that require data collection.

Another persistent challenge for publishers is online ad fraud; a deliberate, malicious activity that manipulates the delivery of ad content by creating fraudulent traffic, clicks and impressions. One of its primary weapons is bots that give the impression a human is visiting the website. According to AdAge, every $1 out of $3 spent on online advertising is snatched by malicious actors. Media companies can mitigate the impact of bots by controlling legitimate and malicious web traffic, and protecting how content is consumed.

Piracy makes a comeback in the streaming age
The explosion of online video consumption, coupled with high-speed data connectivity and ubiquitous connected devices, is making it lucrative for pirates to steal a portion of the pie. Digital TV research estimates that the cost of online streaming privacy could reach $52 billion by 2022. Nearly 190 billion visits were made to illegal piracy websites in 2018, 17.4 billion from the US, followed by Russian Federation (14.5 billion), Brazil (10.3 billion), India (9.6 billion) and UK (5.75 billion) as the other top nations affected by online piracy. In terms of the type of content pirated, almost 50% of visits to the pirated websites were for television shows, and nearly 20% of visitors were looking for the latest released movie .

Pirates are getting smarter and are trialing new methods to get past media companies’ defenses. These include credential sharing or link sharing where genuine subscribers share their credentials with other users or subscribers or share the video URL with bad actors; use of sophisticated piracy tools like re-encoders and stream ripping tools to grab content and redistribute it; and circumventing geo-blocks by use of virtual private networks (VPNs) and proxy servers.

Publishers need to consider using a holistic approach to preventing piracy and unauthorized access, while maximizing the monetization opportunities for their premium content. This could include: preventing theft through user authentication, unauthorized access revocation, and encrypting the content; protecting access by using a watermarking solution to detect leakage of the original context; and securing communication across the content delivery path by encrypting data in transit using transport layer security.

Deep fakes and manipulation campaigns wreak havoc
There is one structural risk unique to the media and publishing industry that has deep and complex societal ramifications: fake news. Broadcasters and social media content shape public views and opinions. While there can be debates about what is or isn’t fake news, truly fake news and the ability to create deep fakes indistinguishable from real, trusted content, pose a significant threat to the industry.

The most effective disinformation campaigns use automated bot accounts to infiltrate genuine political discussion, where they perform simple functions such as retweeting or repetitively pushing one type of content. During Australia’s devastating bushfire season, research from QUT found that tweets with the hashtag #ArsonEmergency were coming from a “much-higher” proportion of bot-like or troll-like accounts.

At the heart of it, trust is vital to the future of the media and publishing industry. Consumer trust is not only affected by the speed at which media companies and publishers address well-known risks, but also how they respond to those emerging risks, many of which simply didn’t exist a decade ago.