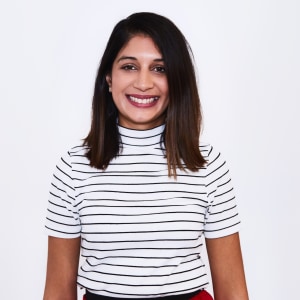 I moved to Sydney from London two and a half years ago and I’m sure you’re thinking, “Great, another Brit in the media industry, just what everyone needed”. The reasons were pretty much the same as everyone else’s, more sun and the chance to work (and commute) with more cheerful people than I’ll ever see in London.

I also have to admit that I got pretty lucky on the job front – the role I landed was the first and only interview that I received, and not only did it entail working for an interesting and dynamic client, but it was for an agency that was continuing to go from strength to strength in the Aussie market. And that was pretty much it – I didn’t give it any more thought.

I started work two days after landing, and nine days after packing up at my London agency. However, to say that I was underprepared for what I was getting myself into is an understatement.

I remembering looking at a media plan on my first day and how it took me awhile just to figure out that there were five main TV buying markets involved, and where exactly they were. Not to mention how many people that related back to. Did I mention my first day at work was my third day in Australia, ever? Fortunately, it definitely got better from there and I even learned some valuable life lessons along the way, which I’ll take back with me when I make the trip back to Blighty this autumn after an awesome couple of years Down Under. Allow me to share them with you:

Take a few minutes to make small talk and build more impactful relationships
I was a stereotypical rat-race Londoner before moving to Sydney. My day consisted of firing through to-do lists, emails and meetings as quickly as I could. Embarrassingly enough, in my leaving speech from my first job, there was a sarcastic reference to how I would physically run through the office to get things done quicker. It took a little while for me to realise that picking up the phone and skimming past the "how was your weekend" small talk wasn’t doing me any favours in building long-lasting meaningful relationships. All of this would only became apparent when I moved to another country (the one furthest away, at that) and had to build new relationships with an entirely new set of people.

Having to start from scratch without the luxury of knowing people for a length of time reminded me that taking the time to find out what people are up to on the weekend or where they’re going on holiday isn’t worth forgoing, just to cut to the chase. Asking Joe or Jane Bloggs how their newfound archery hobby is going helps to show that you’ve listened; that you care; that you’re human. And that ultimately helps build a better, lasting relationship. At the end of the day, media is a small industry, no matter whether you’re Down Under or in London – and you’re more positively memorable if you’ve spent five minutes having a nice chat vs. one minute rattling through what you need from someone.

Approach your audiences without assumptions
Back in the UK, I was so used to receiving briefs and assuming truths about the audience because more often than not, I was the audience or I knew someone who was the audience. Because of that, I automatically thought I knew what they felt about certain products and services and how they consumed media, so I made certain assumptions about them in my responses. Moving to the other side of the world and realising that we may speak the same language (sort of, at least) but we don’t live the same lives meant I really had to do my due diligence when responding to briefs. This often resulted in me uncovering new realisations that were unexpected but extremely useful – and ultimately led to greater success for my campaigns. When I head back to the UK, I’ll definitely be chucking my former assumptions out of the window and trying to approach briefs with the same fresh mind that I had as a ‘foreigner’ in Australia.

Lastly - in true Aussie style - don’t sweat the small stuff
I had mostly worked on brands that were headquartered in the UK, which meant that there was little influence from outside factors on our work; if a client liked our recommendation, it went ahead. However, if something went wrong – it felt like London was burning. When things became catastrophised, we panicked – how could we let this happen? – and we rushed around to fix things as quickly as possible. The nature of working in Australia is that, save a few big Australian brands, many clients are headquartered elsewhere, and so things happen totally out of our foresight or control, which inevitably derail even the best laid plans.

This has prepared me to accept change as it comes and take it within my stride, becoming a bit more of that stereotypical laid back Aussie, which has definitely helped me with my work/life balance as well. Sweating the small stuff at 2am isn’t fun for anyone, and ultimately makes no difference to the end product, so hopefully I’ll be leaving that in the past!

All in all, moving to Australia has had a greater impact on me than I could have ever imagined, and for that I’m so glad that I got on that plane in 2016. My advice for anyone thinking about giving an overseas stint a go is to take the plunge. You’ll end up learning more about yourself than you ever would at home, and will gain new perspectives that only improve how you approach your job and make you a more well-rounded professional in your field.