The power of TV automation in a fragmenting video landscape 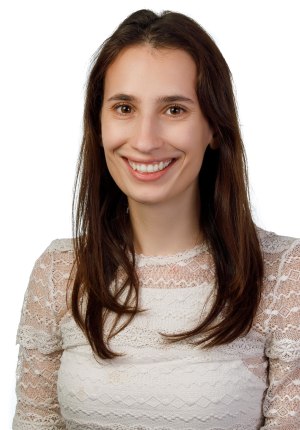 There has never been a more challenging, yet exciting time to be a TV buyer in the Australian media market.

Within 10 years, we’ve gone from four commercial free-to-air channels to fifteen. There are now fewer TV programs that deliver audiences in excess of one million in the one sitting. Consumers continue to demand content on their own terms.

To reach the same number of people, we have to buy more TV spots for our clients than ever before. Our campaigns now consist of thousands of spots, not hundreds. As they say, the only way is up – the TV landscape is likely to become more complex, not less.

That’s why automation is now a mandatory, not a nice to have. 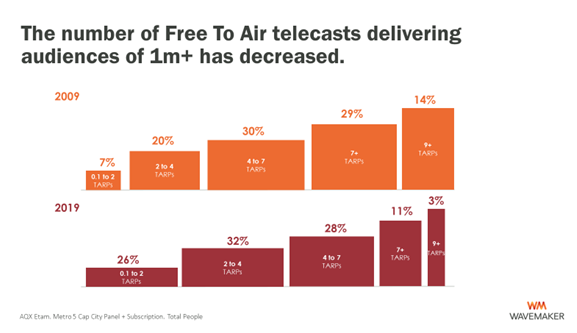 The new world of Automation

The Nine Network was one of the first free-to-air players to introduce an automated trading platform, with the launch of 9Galaxy in early 2017. Paul Brooks, Nine Director of Sales, Sydney, said: “Nine launched 9Galaxy to make the buying of television easier and to provide both marketers and their agencies with far greater certainty around delivery of audiences through this platform; 9Galaxy was launched with the objective to change the way clients and agency partners buy television.”

At the time of 9Galaxy’s launch, there was some initial uncertainty from the market around how to approach the technology and how it would affect advertisers, media buyers and publishers alike – that’s to be expected with any trading innovation.

Maximising value on television can traditionally be achieved in two ways: by negotiating competitive pricing and trading terms; or through ongoing campaign buying optimisations. Using a broadcaster’s own automated platform, such as 9Galaxy, effectively meant handing over control of step two to a media publisher, for a portion of our campaigns.

Like other media agencies, Wavemaker was initially reluctant to use 9Galaxy. We knew from third-party audits of our bookings that Wavemaker TV campaigns were consistently outperforming industry benchmarks. The idea of changing our tried, tested and successful approach was unsettling.

So we put 9Galaxy through its paces, working closely with Nine to run robust testing to ensure its use yielded no negative impact to CPM, average ratings, day of week, time of day strategy, position in break, weekly flighting, placement in programme, TARP delivery and reach contribution.

Strong test results inspired our Investment & Activation team to move forward with confidence and as of Q2, 2019. Over the past 12 months, Wavemaker has transacted 132,830 spots via 9Galaxy.

The rest of the market is also catching up. According to Nine, media agencies currently trade 40% of inventory through 9Galaxy, representing 335+ clients across 2,300 campaigns.

Automation helps us mitigate risk in an inflationary market

So why does Wavemaker invest more heavily into automated platforms than the market? Yes, the use of platforms like 9Galaxy effectively means handing over control of optimisation to a media publisher, but it also means handing over some of the risk. Unlike digital, where you pay for what you get, for TV, the fixed rate trading model in the Australian market has long meant you pay for a spot and hope it delivers to forecasts, chasing makegoods if it doesn’t.

But with automated platforms, networks have more skin in the game. Moving away from a fixed rate model to a guaranteed CPM model puts some of the onus on TV networks to ensure delivery.

Each of the networks is at a different life-stage when it comes to automation. For now, Wavemaker utilises automated trading across Nine’s multi-channels and off-peak zones on the primary channel for all clients where feasible.

Automating these dayparts allows us to focus our attention on optimising activity across peak timeslots on the primary channel – placement decisions that have the most significant impact on the overall buy.

It also ensures our team members have the time to develop their skills and invest effort in securing longer-term broadcast partnerships that help build our clients’ brands. The benefits are obvious.

And it’s great to see further innovation in this space, across all networks.

Nine’s Brooks said: ‘If you wish to effectively target audiences, remove audience volatility to deliver against a guaranteed outcome then adopt 9Galaxy for better results. Wavemaker adopted 9Galaxy early, scaled it across their client base and are now reaping the benefits.”

As for the remaining FTA broadcasters, we look forward to working as closely with Seven, Ten and SBS on the launch of their automated trading solutions.