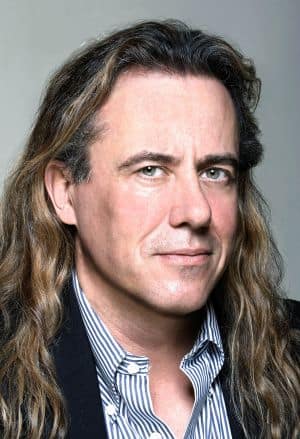 The Melbourne Cup, the Olympics, the NFL; iconic sporting events and stalwarts of high value television. Yet in 2016 all delivered some of the lowest ratings ever recorded in a clear signal of the accelerating demise of traditional broadcasting, even as it stands as Australia’s dominant form of in-home entertainment.

According to Neilsen and OzTam’s most recent quarterly Australian Multi-Screen Report, the average number of televisions per Australian household has plummeted to just 1.9 (down from a high of 2.4). This is in contrast to the overall number of ‘screens’ per household - jumping from 5.4 to 6.4 since 2012, driven primarily by the growth of smartphones.

Regardless, the video ecosystem continues to expand rapidly beyond traditional broadcasters as digital natives increasingly customise themselves to new varieties of channel and content. Netflix, which arrived on Australian shores less than 12 months ago and Stan, an Australian streaming venture, have been shoring up customers since they launched and US-giant Amazon’s Prime Video service is expected to arrive in 2017. And of course Google’s ubiquitous YouTube has been entertaining us for years.

As a result, and despite local media laws preventing exclusive private agreements for many marquee sporting events, the traditional linear television window is, in the aggregate, losing its appeal and revenue streams are changing course. According to Accenture’s Future of Broadcasting report, and as witnessed locally, broadcasters have seen their advertising revenues fall as a share of overall revenues as both advertisers and consumers respond to targeted multi-channel campaigns.

To remain relevant in this air of uncertainty and prepare for the future of broadcasting, traditional providers must look for ways to maintain customer loyalty and concurrently attract new customers. Among a number of options, four strategies stand out:

For the majority of consumers, broadcasters have the advantage of familiarity, tradition and, critically, trust. Broadcasters have been at the heart of cultural life for decades as audiences have grown up watching their programs.

Accenture’s 2016 Digital Consumer Survey of 28,000 consumers in 28 countries (including Australia), found that a higher number of respondents (31%) trust broadcasters to provide high-quality service over internet video providers (15%) and social media service providers (5% combined. The recent spotlight on “fake news” across new media channels like Facebook serves a timely qualitative reinforcement of this data.

It is trusted national broadcasters – the ABC, SBS, Channels Seven, Nine and Ten and Foxtel - that consumers rely on to validate, contextualise and deliver content both locally and from around the world.

Digital consumers expect their favourite brands to ‘know’ them and this is now as true for broadcasters and television as it is for internet retailers.

‘Superplatforms’ like Apple and Amazon have a head start - their businesses are built on an intimate understanding of their audience. To compete broadcasters must aggressively gather data from all quarters, including from their ecosystem partners, and employ analytics to better understand what consumers are viewing, where they are finding what they want, and what interests and appeals to them most. And then they must act, using insights across multiple channels to optimise both viewer engagement and content development and acquisition. Broadcasters must move from “audiences” to “audiences of one”. Gaining individual insight and tailoring services, content and marketing through targeted and action oriented analytics is integral to future viability.

Superplatforms draw strength from the scale of their user base, the range of content and channels they support and their ability to partner to mutual benefit. The lesson learned is to collaborate boldly while retaining leverage and avoiding being completely dependent on others for future success. Big broadcasters have the most to lose, and for them, operating their own ‘webscale’ platform – plus having the operating model and scale to operate it effectively – are essential to future success.

Reinvigorating investment in content has led to the creation of new content kingdoms beyond traditional Hollywood. In addition to the likes of Netflix and Amazon, this year’s biggest buyers at Sundance, increasingly countries like Brazil, India and China are churning out a wealth of content for consumption locally and around the world. Brazil’s Grupo Globo and Mexico’s Televisa are good examples of broadcasters focused on original content production that have emerged as ‘export giants’ and real challengers to the expansion strategies of local and global OTT providers.

Several broadcasters have successfully made up for shortfalls in advertising revenues by generating more from content they have acquired from international rights deals and local or global syndication. Accenture analysis found that those broadcasters who earn 20% or more of their revenues from content production and licensing have outperformed their peers who rely on advertising income alone, achieving higher levels of capital efficiency and larger operating margins.

As the broadcasting battle continues to escalate, with the right strategies Australian television providers can carve out their place in the digital market and capture growth whilst driving profitability.

By Scott Dinsdale, Accenture’s media and entertainment lead for Australia and New Zealand.