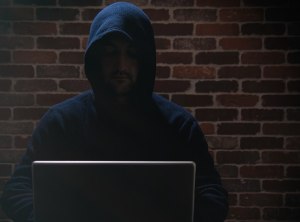 There’s a long and illustrious history of growing – and sometimes troubled – businesses launching corporate parent brands to better manage challenges like conflicting portfolio assets or environmental, social and corporate governance. However, to do this, you need to clearly distinguish the overarching brand from the entities below it says Tim Riches.

You probably don’t need a branding expert to tell you that Facebook naming its parent company FACEBOOK misses the point.

The strategy behind the move to launch a parent brand has established precedence, however, the execution is flawed purely by the lack of name differentiation between the two brands.

Often the central purpose of this play is to manage the connotations (usually negative) that a portfolio business is subject to as it grows (usually by acquisition).

Some notable examples include Altria, created in 2003 by Philip Morris as an attempt to distance the tobacco part of its business from its other interests including the 84% stake it owned in Kraft at the time. Because, as it turns out, not all people want their cheese smoked and not all investors feel good about owning shares in big tobacco. It is the classic case of corporate parent as stakeholder compartmentalisation and risk insulation.

Then there was Alphabet – created in 2015 when people lost count of the businesses and brands Google bought up. And let’s not forget the topical example of WeCorp, launched when people started worrying that WeWork lacked boldly ambitious vision. As it happens, ambition wasn’t the problem.

The creation of a corporate parent speaks to a fairly common challenge and one we’ve been called in to help out with on a number of occasions.

When done well, creating a brand structure such as this helps the business to own the investor, regulator and partner narrative. It can also share the talent and community narrative. And it’s a way to manage the connective tissue between the market-facing brands in the portfolio. Get it right and it makes it easier to talk about the overall portfolio strategy as distinct from the brands.

In many instances, the corporate parent is also charged with ownership of purpose and values to create cultural synergy across a portfolio, for example, even though operating businesses will still have distinct behaviours and brand positioning.
The parent brand should own the environmental, social and corporate governance strategy too, taking the pressure off the portfolio businesses to do everything (or maybe even anything) on their own.

All these useful jobs are way harder to do with the approach Facebook has taken because it hasn’t clearly distinguished the parent from the market-facing brand. Even if it does look neat in the app interfaces. It can’t, for example, say “but we’re more than just Facebook” when their name is, well, FACEBOOK.

Facebook has had no shortage of issues to deal with in recent months and having a corporate parent to manage governance, environment and culture would be a smart move for the business. But couldn’t they have come up with a snappy acronym rather than just a scarier looking FACEBOOK that you can imagine nestled in the Hollywood Hills at a visible-from-space scale?

They could have taken the tried and tested path of adding a cheeky “Group” on the end a la Westpac Group or Volkswagen Audi Group.

The biggest problem with not offering some verbal distinction between the market-facing brand and the corporate parent is that you put the challenge of making the distinction to the people. And these are the same people that voted to name a polar research vessel Boaty McBoatface.

Perhaps Facebook would have been better to outsource the naming of its corporate parent brand and have its users choose.
o get the peoples’ choice ball rolling, how about:

At least these names signal some distance from the social network itself.