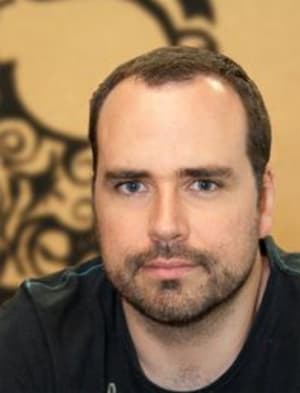 If there's one rule to a SXSW session, it's this - if it's not working for you, don't stay. For one timeslot I identified nine different sessions that I wanted to check out. So if you're not getting enough out of the session you're in, sometimes you have to cut your losses.
This is how I ended up ducking out of one session and into one of my favourites from the week - a panel that featured Phil Lord and Chris Miller (directors and writers of The Lego Movie), Will Forte (SNL alumni and creator of TV series The Last Man On Earth) and John Ridley (creator of upcoming TV series American Crime and writer of 12 Years A Slave).
That's some pretty serious talent right there.
Their panel was on making episodic TV series that mattered to them. They linked the resurgence of quality in today's shows to the fragmentation of media. Back in the day you had a much larger, more captive audience, but that meant you needed to appeal to a broad group of people, meaning the content had to be broader and more generic.
What we have now is smaller, more niche audiences that are hungry for stories that speak to them more directly, making room for fantastic shows that would never work with a huge mass audience - so long as they're invested.
What this meant for them was the ability to make the kind of work that they wanted to make. The work that they really loved, that they believed in. And that was a thread that popped up again and again throughout the week - the idea of success coming from a place of authenticity, from individuals and institutions that know who they are and have a strong sense of purpose.
It was echoed by Jonah Peretti, CEO and co-founder of Buzzfeed, who described how his organisation sees itself as service, not a product. That they have a responsibility to have a positive impact on viewer's lives, and how that ultimately guides the content, and hearing him talk about the emotional power of sharing and Buzzfeed's aims and goals does make you look at their content in a different light.
The same though was also shared by the content producers from Rooster Teeth, a production company that's created some phenomenally successful online videos. Don't pander to your audience - create the content that you believe in. Have your own voice.
Of course the idea of having an authentic voice and a clear sense of purpose is something that's been plastered across countless powerpoint decks and business books to the point that it's become meaningless. But there's a huge difference between saying it and proving it; moving it beyond an intellectual goal to something that an organisation lives and breathes - something that will truly guide your behaviour. Which makes listening to people who do walk the walk all the more inspiring.
Kieran Ots, Digital Creative Director, Leo Burnett Sydney
comments powered by Disqus