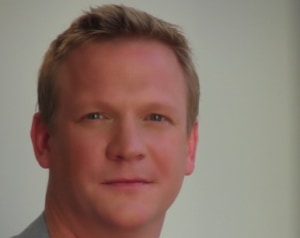 In hard times people turn to their passions to escape, to come together, to connect. Whether that’s rallying around their favourite sporting team, watching their favourite film or listening to music they love.

As efforts to contain the spread of COVID-19 continue, most of these passion-based events have been called off. And for those of us in the business of connecting brands with people through their passions, we need to pivot and fast. Once you turn off sport and entertainment, there is a clear void in people’s lives.

But there is ample opportunity to bridge the gap. We may not be able to sit in stadiums or live music venues, but that doesn’t mean brands should stop tapping into people’s passions. In fact, this is one of the best ways to communicate when selling feels inappropriate.

In times of isolation and fear of the unknown, there is an opportunity for brands, and rights holders, to play an even more important role. We need to engage creatively to fill the void.

Already we have seen a number of examples of this across the globe. Premier League clubs have opted to carry on their "seasons" on Championship Manager, an online game simulator. They’ve open-sourced team selection and formations to the fans. The next logical step would be to leverage the e-Sports community to play out the seasons on Twitch. Most Premier League clubs already have teams that represent them. This could be the catalyst that brings e-Sports into the mainstream and it represents a massive opportunity for broadcasters and platforms like Twitch, as well as brands including Optus, Microsoft and Sony.

In Asia, we’ve seen JD.com and Chinese music label Taihe Music Group partner to create an online clubbing experience bringing in Budweiser, Rémy Martin, Carlsberg and Pernod Ricard. The move has increased sales of alcohol by almost 70% during some shows.

The live content void also creates an opportunity for artists to engage differently with their fans. Across social media, actors and artists are breaking down the usual barriers opening up a two-way dialogue providing utility and entertainment. John Legend and Coldplay’s Chris Martin are among musicians ‘touring’ online replacing planned performances. Similarly, New York’s Metropolitan Opera has begun free live streaming of productions, so popular, it overloaded the website.

The situation is creating interesting opportunities for brands to be the facilitators, to provide social engagement through digital in a physically isolated world. For instance, curating and creating content with artists to offer up entertainment on a structured platform. This includes experiences not available in traditional gigs such as Q&A’s with fans.

When we come out the other side of this, we’re going to witness the greatest party humanity has ever seen. Stadiums, pubs and concert halls will be filled as people flock back to experiencing the real-life versions of their passions. In the meantime, there are huge opportunities for brands to distract and provide comfort. Audiences are still there and they’re unbelievably content hungry.