‘Something happened’ that led us back to TV 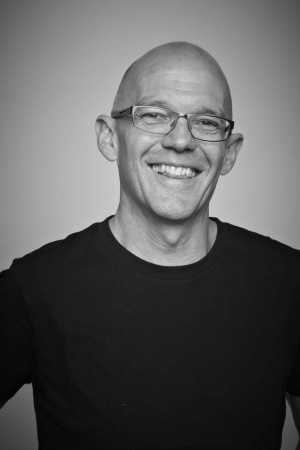 Facebook’s TV ad reminds us it isn’t the only media channel that needs to reflect on its place in our lives, writes Paul Dunne.

As little as a generation ago, television was the medium Australians gathered around to share the moments that helped shape our culture. These common cultural experiences brought us together - first in the home, then resonating the following day in workplaces and schoolyards around the country.

In recent times, we’ve all been led to believe this was no longer the case. The digital era, we were told, extinguished the cultural campfire that was evening television. Aside from those committed Goggleboxers, we were all too busy with our online communities to bother with real ones.

Curious then that Facebook itself should choose TV as the medium for its corporate mea culpa. Their global TV ad Here, Together has just launched in Australia, ponderously declaring “We came here for the friends…not for this”.

“This” refers to spam, click bait, fake news and data breaches. No mention of the ads and sponsored brand pages that make Facebook billions of dollars worldwide. Yet if Facebook has nothing against the ads, why did it not use its own platform to run this piece of corporate face-saving?

Sure, we’re accustomed to one medium using another to advertise themselves – Sydney’s The Daily Telegraph also has an ad on TV right now. It makes sense when you’re trying to reach new customers. But if Facebook wanted to reassure those people on Facebook why wouldn’t it use, I don’t know, Facebook? Why not speak to its 11 million strong Australian community directly? After all, they have our email addresses. Just ask the folks from Cambridge Analytica.

It says a lot about the brand’s awareness of the limitations of its own platform that the ad was created specifically for television, launching last week and appearing during the celebration of old-school media, the TV Week Logie Awards. The irony of it all – the digital darling forced to self-flagellate on TV’s night of nights.

It’s akin to Trump launching his memoir through exclusive extracts in The New York Times. (Remember, you read it here first.)

And then of course there’s the ad itself. With all the warmth of a bad PowerPoint presentation, it leaves me feeling more perplexed after viewing it. Here, Together was the 60 second mind-bending equivalent of Inception. It made me doubt my ability to make sense of the world. Touting simplicity and a return to its roots, the ad shifted my perspective on the accepted view of the media landscape.

You see, for me, Facebook’s appearance on my TV screen was the public de-throning of the self-appointed cultural king. An admission if you like of its own inability to sway public perception. No big deal I guess, if the company in question hadn’t been syphoning billions of advertising dollars onto its platform based on the notion that this is precisely what it can do.

For years, the folks from Facebook have been successfully encouraging clients and their agencies to spend their money with them. And along the way, Facebook has taken an inordinate share of the budget. In fact, more than 300 million Australian advertising dollars were syphoned off to our friends at Facebook in 2017 alone. All for what, if not to influence perception?

So how baffling that when it comes to ensuring its own message hits the mark, Facebook takes its business elsewhere.

It’s a move that exposes the Facebook fallacy. The platform has never been about a society’s cohesive cultural connection. Its power has always been based on segmentation as opposed to collectivism. Its foray into the world of television is an admission that exposes a previously unacknowledged weakness. To borrow a famous TV metaphor, Facebook has just jumped the shark.

So while Facebook pledges to get back to where it all started, perhaps TV stations should be doing the same. Producers and programmers should take strength from Facebook’s shrouded salute, and use it as momentum to create more must-see television moments that bring people together around a shared screen. Recent reality TV finales and sporting events have reminded us of the power and the joy of a mass-media experience.

We simply need more of these mass-media moments for television to reclaim its rightful place as the cultural campfire we can all gather around. Here, together. For real.