Small but mighty: the rise of six second video 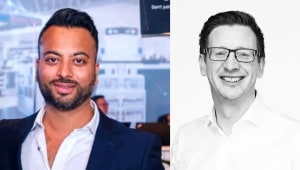 Today six second ads are everywhere - we’ve just seen the first of them on linear TV, but not long ago they were revolutionary.

In 2016 YouTube introduced the six second video and upended the industry’s dogged loyalty to the tried and tested 30 second format.

For years advertisers had been struggling with a big dilemma - place ads ahead of popular video content and either have them skipped or make them unskippable and risk angering their audiences.

The six second ad promised to change all that. YouTube’s unskippable new format threw advertisers a lifeline when it came to engaging with the millennial attention span that was fine-tuned to respond to snack sized content.

Where YouTube stepped, other social channels and media owners followed. Competitions and festivals celebrated the new six second canvas. It was a win-win situation. Wasn’t it?

Not quite. While some lauded ‘the bumper’ as an ad solution for the social era, the sad truth was that cutting a 30, 45 or 60 second ad down to six seconds wasn’t without its challenges.

Supporters of the bumper ads argued that this ultra-short form content wasn’t meant to be viewed in isolation. There is a lot of truth to this.

Due to their length, bumpers didn’t have the same annoyance factor on repeated viewing, and multiple bumpers from the same campaign created a cascade delivery effect – small snippets of content assimilated by the viewer.

Fortunately, creating six second ads can now be informed by studies and data to help you arrive at bumper ads that can make a powerful contribution to your media strategy.

At Unruly we know the power of both narrative and emotions in video for years.

Our emotional testing and targeting tool - UnrulyEQ - helps brands and agencies understand the dominant emotions in their ad content, using that same expertise to build out emotional audiences at scale.

Outside of the emotional reaction data, we wanted to identify the key drivers of six second video success. To do this we collaborated on a new study by San Diego University to rigorously analyse over 3,000 six second videos.

The study found that long-form content will always have a role to play. Longer ads are consistently shown to be more effective.

They allow more information to be conveyed and chronology and causation to be exhibited, which allows for narrative persuasion. Those all-important emotions which are critical to a successful ad need time to develop.

Viewers are drawn into the story, leading to better recall and bigger attitude changes.

While this suggests the six second mobile format faces more challenges, some brands have mastered this format and created very successful short-form ads which convert viewers to buyers. The study looked to identify what drove that success, and understand how it could be replicated.

Check out this example by M&S as a good example of highly simplified narrative - how do you make hot cross buns, ingredients, mix, cook, ready - a very simple beginning, middle and end.

Nor does everything need to be spelt out for the viewer. The most successful ads leveraged existing knowledge and culture, such as character archetypes, genres tropes, existing brand associations or characters, and allowed them to infer the information.

This ad for Road Lodge Hotels - the ad relies on the assumed knowledge of the viewer - that we know rock stars are famed for trashing hotel rooms.

Bumpers can also be used as building blocks for a larger story, either as a collection of vignettes or through serialised storytelling.

Like these ads for Airbnb here and here - by using the same family and style and tone, the ads build a world without needing to be viewed in sequence.

Distribution and targeting are more important than ever

If you’re using non-traditional storytelling, its critical to understand your audience. Messages need to be tailored to a specific audience in order to land.

You need to know exactly who is seeing your ads if you’re relying on existing viewer knowledge for them to make sense or land culturally.

And use of vignette or serialised storytelling requires hyper-targeting or retargeting to ensure your message makes sense to viewers.

With this in mind, News Corp Australia and Unruly have just launched brand new 6 second packages to help advertisers reach the right audiences for their short form creatives.

Our packages leverage the incredible targeting power of News Connect - allowing advertisers to focus on who is seeing their ads rather than worrying about how they’re seeing them.

They combine New Corp Australia’s pre-roll inventory with Unruly’s outstream inventory to smash a range of KPIs like awareness or consideration.

So advertisers can rest assured they can jump on the 6 second bandwagon, safe in the knowledge that their ads will hit their mark, without breaking the bank.

The San Diego University findings confirm that 6 second ads can be successful, however advertisers need to think outside the box when it comes to narrative and be on point with their targeting.