Shake it off: How to survive in advertising 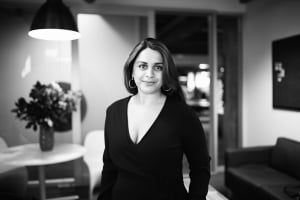 So, I basically live with Taylor Swift’s ‘Shake it off’ as the soundtrack to my life.

It’s the only song my son knows and I happen to think it’s a pretty good one for celebrating confidence, resilience and positivity – attributes that are, in my view, crucial to success.

It took me quite a long time to accept that there was no way to be ‘liked’ all the time and that it would be impossible to please everyone - and still be effective.

While I think everyone worries about their relationships with others, the desire to ‘smile and be nice’ is a particularly female trope and one that is something to reconcile against.

For clarity, that doesn’t mean I think everyone should be an asshole, but it has meant believing that all I can do is be decent in my interactions with people i.e. as honest, fair and generous as possible and accept that is enough. Ultimately, it is impossible to control how others will react to you, you can only behave respectfully and move on if the fit isn’t right.

But I keep cruising, can't stop, won't stop grooving
It's like I got this music in my mind saying it's gonna be alright

Things often go wrong and I think one of the most inspiring things you can do as a leader is dust yourself off and keep going. And I mean really keep going with energy and enthusiasm. I personally love relentlessly positive people – they have resilience, they radiate energy and you always want to be around them. Really, what’s not to like?

I’ll never miss a beat, I’m like lightning on my feet

Confidence is learnt behavior. Even when you aren’t necessarily feeling your most confident, try and act like you are. The more you play the role, the more real it becomes. Ultimately, you have to believe your views are valid and worth sharing with others and there are a few basic tactics I think everyone can use:

I always want to work with people that are cleverer than me, and different to me. I think embracing new points of view and experiences and being open to change makes people better.

I also got taught as a grad about developing ‘antennae’ – it’s weird old word but the ambition to put out ‘insect like feelers’ into the world and understand people’s emotions/ needs is incredibly powerful. We’d probably call it EQ these days but it can be learnt and the better you get at it, the easier it is to adapt and articulate yourself to really resonate with your audience.

And finally, at risk of sounding very worthy, I also try and keep a very macro perspective on my life and career. By that I mean there are so many people who have a really tough time just to stay alive – humanity can be pretty shitty for millions of people everyday. And so, whenever I’ve had a very crap day or feel like something is too hard, I try and remember that whilst what I do is both important and valuable; it’s not impossible, insurmountable or life threatening - and so needs to be seen in exactly that light.