IKEA, H&M and Virgin: Where does collaborative consumption leave your brand? 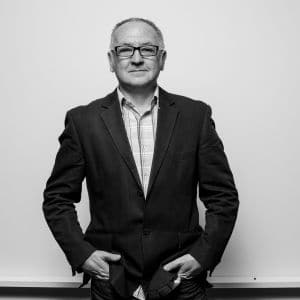 Australians aren’t getting the pleasure hits they once did from shopping. Instead of excitement, they feel anxiety over unpaid bills. The instant gratification of a glittery find is being outweighed by worrying about the effects our consumption is having on the planet. And many Australians feel constrained by all the ‘things’ they have amassed – purchases that are physically filling their (increasingly large) homes and psychologically weighing them down.

Havas has just completed a global study of over 10,000 consumers, including an Australian sample, and the results are damning for our consumption-based way of life. Change has to come.

And therein lies a great and scary contradiction. Because non-consumption is not an option for them. Some 55% of Australians believe that a healthy economy requires a high level of consumer spending with many feeling that if they consume less it will destroy jobs, Australian jobs at that. So that desire for the latest curved telly is ridden with emotion, positive and negative; a seemingly uncontrollable urge that needs feeding but, like an addict’s need, doing more harm than good. We know we need to change, indeed the survey suggests 70% of Australians admire people who make an effort to reduce their consumption. But how?

Consuming better means buying products of better quality and durability ($5 Target t-shirts beware), buying from local producers to have a positive effect on the community and producing more of the things we consume (e.g. growing vegetables, making candles).

This desire to consume better won’t (ever?) have the multi-nationals and the retailer behemoths quaking in their boots but changes are afoot. Particularly in the way we shop or want to shop.

The survey suggests around 64% of us respect people who buy locally as much as possible with 53% preferring to buy directly from an individual producer rather than from a store/shopping centre. And buying second-hand works on a number of levels. On top of saving money, it’s better for the environment than buying second-hand, there’s a feel-good factor in helping out the seller, we’re doing business with an individual not a business and we actually feel less guilty than when we buy something new.

And then there’s what’s being touted as the next wave of consumerism: Collaborative consumption. The sharing economy. Even in markets with strong histories of capitalism (look no further then the US), people are embracing the notion of access over ownership. 65% agree that we would have a better society if people shared more and owned less. Almost 4 in 10 would rather borrow or rent most things than own them. The Economist values the peer to peer rental market at $26bn; that’s a lot of lost sales and revenue for business.

Speaking of which, what roles might brands play in this new economic model?

They can be facilitators. Eight out of 10 people claim to admire companies that are finding ways to help consumers waste less. Virgin Atlantic helps facilitate this through its taxi2 scheme; travelers save money ad reduce carbon footprints by sharing cabs from the airport. The Soap Dispensary, a Canadian retailer, is actually a refill store. Its customers can refill containers at the stores keeping single-use packaging out of landfill.

They can be sustainability partners. Three-quarters of people surveyed claimed to admire brands that encourage customers to recycle/resell the products they buy from the company. Credit then to H&M whose Garment Recycling Programme collected 7.7 million lbs of used clothing in 2013, which was then resold as is or converted into other products. And IKEA, which turned its Facebook page into a digital flea market, letting customers resell their IKEA furniture.

Or they could be connectors, helping build community and connections. B&Q (UK’s Bunnings) launched StreetClub, a digital hub to help neighbours come together to improve their communities. Or DogVacay that connects dog owners with dog-sitters and includes free pet insurance, 24/7 support and daily update photos.

So, consumers and how they want to consume are changing. The brands that act with this knowledge in mind will be the brands that win. Will your brand be one of them?