How the power of persuasion goes way beyond mere advertising 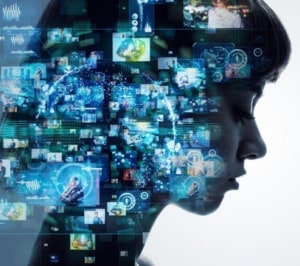 There was a time when persuasion was easy to recognise. It was the stuff on billboards and flyers or between the articles in newspapers and magazines. It interrupted TV and radio programmes and it was obviously trying to sell us something. We called it “advertising”.

Today’s consumers are no longer simply on the receiving end of advertising through mass media channels. The billions of us who use Facebook, Instagram and the like every day, have become a key part of the process of persuasion itself.

Through these social media channels we present highly edited, stylised versions of our lifestyles and are able to trade ideas and information in an instant. This activity places us not at the end of one of the linear processes of marketing, but at the very heart of our own unique world of communication, content and commerce. Almost every activity we engage in now involves some form of commercial exchange.

It was only during the 1980s that researchers began taking an interest in consumption outside the narrow parameters laid down by pure economics. And they were quick to recognise that the influence of persuasion had extended well beyond simply encouraging people to buy goods that they otherwise would not.

Persuasion has become fundamental to shaping people’s view of what is attractive or unattractive, good or bad, acceptable or unacceptable. In essence, it has changed human interaction itself to the extent that consumption – rather than class, region, geography or occupation – has now become the primary form of self-identity and self-expression.

The digital world has exacerbated the situation. For all that it has revolutionised human communication, arguably the web’s most profound achievement has been its impact on trade and consumption. In 2018, the FAANG group of technology companies – Facebook, Amazon, Apple, Netflix and Alphabet (Google’s parent company) – was worth more than the whole of the FTSE 100 combined.

And these are just the biggest of the bunch. Almost every major brand to emerge during over the past decade or so – Uber, Twitter, Tinder, Snapchat, WhatsApp, TripAdvisor, Ebay, AirBnB, Spotify and RightMove for example – has been web-based.

It is this “onlinification” of commerce that has allowed it to colonise almost every area of our lives. From choosing where to eat lunch to finding a life partner, today very little human interaction remains untouched by the tropes of trade.

Among younger age groups this is widely accepted as a fact of life. A generation has grown up knowing nothing of life before Google, Snapchat or Instagram.

Concepts such as losing contact with friends or family, the frustration at not being able to find something out, or having to rely on gatekeepers to provide you with rations of entertainment and experiences now seem as quaintly old-fashioned as Wednesday half-day closing (whatever that was).

Consumers understand that if a site or application is free to use then that simply means (usually) that it is funded by advertising. They are happy to pay for those services with their likes, shares and blocks, thereby effectively dividing every experience (or “moment” to use the language of social media marketers) into herds of sheep or goats. And there really is no purchase too insignificant and no activity too ephemeral for a review. Opinion has been commodified.

Of course, you can get used to anything. This is how the world now works: we use things for free and we pay for that privilege by allowing companies to advertise to us. However, in this context the term “advertising” is somewhat disingenuous.

It is too small and narrow a word to describe the oil that fuels and lubricates all digital media – a conflation of a vast suite of corporate brand communication activities that include branding, marketing, public affairs, public relations, and a whole heap of other things as well as advertising.

At the centre of the universe

These persuasion industries have little in common in terms of execution, but they do share a communal objective – to affect a change in the opinion or behaviour of their target audience. They provide not only a revenue model but are also the source of much that we read, hear and see. Moreover, they provide the imperative to share that information.

The key question is: how did we get here? Providing a satisfactory answer was the primary motivation for my new book, The Persuasion Industries. Many of my findings were unexpected, and the project has given me a fresh perspective on the communications issues that dominate the world today.

It is my belief that at the heart of almost all of these problems – from Brexit to climate change – there lies a communication issue. The ability to assimilate and exchange complex information is a uniquely human characteristic. However, despite tens of thousands of years of evolution our understanding of the processes involved in human communication remains extremely limited. People, it seems, are forever trying to explain what they really meant. Misunderstanding is the normal state of things.

Whether we like it or not, the persuasion industries and their activities have become integral features of advanced capitalist culture. So while we know the universe does not actually revolve around us, for those living in 21st-century consumer society, it very much looks like it does.

How this plays out as social media waxes and traditional media wanes is another crucial question. Understanding our society’s communication issues is the key to addressing many of its problems. Wherever there is human communication, there is also the opportunity to persuade.