How much is ageism costing your brand? 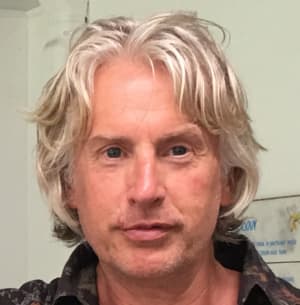 Against all the evidence, ageist stereotypes continue to reinforce advertising activity, leaving the over 50s largely forgotten. Not that they care - they’re out there spending anyway. But it’s high time more brands defied ageism to tap into what Nielsen calls “the most valuable generation in history”.

It’s the stereotype that’s old, not the market

Here are just five of the many preconceptions that snowball into a distorted picture of what today’s 50+ consumers are like, because they are like no generation before.

Not unless you count the $4 billion (ABS) they spend every week on products and services. Yes they spend in the stalwart categories of travel and financial services - but also on cars, booze, fashion, tech, luxury goods, leisure - the list goes on. They’ve fewer financial responsibilities than their younger counterparts, so have more to spend on themselves.

2. Their brand loyalties are set

50+ are marketing’s original consumers, the eldest of them the first to be classified as ‘teenagers’. They’ve been consuming their whole lives and are brand-savvy. They have the experience, time and incentive to browse, switch, bargain and try new products - and they do.

3. They text with one digit

Much is made of the lack of tech-savviness among over 50s. And sure, they may be a bit slower on the uptake than digital natives, but they now spend an average of five hours a day online, more than double their free-to-air TV time (WYZA research).

The traditional idea of retirement is largely rejected by this audience, for a variety of reasons. Many want to keep working - some need to - well past retirement age, but what they’re looking forward to is greater balance. You may not see them in your workplace, but they’re not hanging up the boots.

5. They all want to be young again

Sure, some of them may want to look 35. And maybe feel 35. But they don’t want to be 35 again. Their bank of wisdom gives them a better perspective on life than someone younger. That’s why this year’s NSW Seniors Festival campaign struck me as odd.

Grow young? And wear pastels? No thank you. I’d rather grow old like the gals in this Voltaren spot fom Canada (thanks to The Stable for this one).

Media agencies could do plenty more to understand this market

See that last little slice headed “50 and over” on the media demography pie chart? It’s nearly half of all adults, almost eight million consumers spanning four decades. That’s some slice. If only we invested as much energy dissecting and profiling this market as we do Millennials, we could isolate more pockets of value for our brands.

When B&T ran a story two months ago about a research report on the over 50s, they put this pic above it.

Notwithstanding that they appear to be in a Belgian market town around 1983, these guys clearly aren’t buying anything from anyone. But B&T makes an accidental point, they are indeed over 50. Unless we segment this market more intelligently, unless we take issue with ageism, this reinforcing stereotype will persist. Perhaps the article would have felt a little different had these pics been used instead...

You’re right, they’re not typical 50+ folk. And the four old guys are?

Fed up with reading opinions pieces like this? Let’s do something.

Rather than just holding up a mirror and perpetuating the status quo, wouldn’t it be great to see the advertising industry acting positively to combat ageism? Not just because it will make society a better place for everyone, but because we have a commercial responsibility to build brands and sell products to the people who can afford to buy them.

Nick Richardson, partner of Fifty Not Out, will be speaking at the IAA’s Thought Leadership Forum ‘Forgotten After Fifty’ on 27 July. For tickets go here.