Greater than the sum of their parts: the power of media synergies 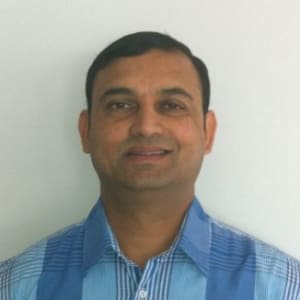 In the course of a typical day most people are exposed to several hundred ads across various media channels. It is now rare for someone to make a decision to buy a product or a brand based on a single ad they saw on TV, on the web, on their mobiles or on a billboard. Unsurprisingly, very few media campaigns use a single media to communicate their brand messages. They harness the power of synergies - the additive effect of two or more media working together to drive overall brand or sales KPIs.

Integrated multimedia campaigns are increasingly becoming the norm. There is an expectation that synergies should be a natural result of various media working together, but that is not always the case.

Although the concept of media synergies has been around for some time, designing strategies for maximum impact has been difficult. But the right selection of channels is crucial and should not come down to guesswork. Cross media studies conducted by Kantar Millward Brown show that globally 25% of media effectiveness has been attributed to synergies, and nearly 40% in APAC. These numbers are not only growing but increasingly shifting to incorporate emerging digital channels.

Synergies will become more important than any single channel. The question is how to understand the relationship between channels and leverage these relationships effectively.

Broadly there are two ways to create synergistic effects:

This works by surrounding consumers with integrated messages at the same time. If consumers are exposed to the same or similar messages at a variety of locations and at different times, this will trigger strong synergies. For magnification to occur there must be a duplication of reach across media, but there also needs to be a coherent theme linking through all creative executions. Magnification is more commonly leveraged within the confines of a short burst of media activity.

Resonance, or phasing, is when a cheaper medium is used to extend the life of a more expensive medium. A primarily high-reaching medium such as TV may drive strong impact, while a secondary medium like online display or radio prolongs its effects for a longer period, stretching overall media budgets. For resonance to work, it is important for the creative cues of the secondary medium to be stimulated by strong associations with the primary medium. Resonance is best applied to ongoing continuous campaigns where top-of-mind awareness is essential.

How do we leverage synergies?

A cohesive “big idea” is important for creative synchronisation to occur, but it is also crucial to adapt the message to the medium. For example, in a campaign for a male deodorant brand, we saw that TV and Out-of-home (OOH) worked well together as TV told the story and OOH reminded people when they are out and about and more likely to be thinking about needing or buying a deodorant. The TV creative highlighted some of the key attributes of the brand and was enjoyable, whereas the OOH highlighted one key attribute and was placed at prominent locations. This resulted in creative sychronisation and helped drive synergies across these two media.

The right mix of magnification and phasing can also go a long way in driving synergies. For example, in a campaign for a fast food brand targeting 18-24 year olds, we saw that more than 60% of the brand consideration was driven by the synergies between ads running on TV and Facebook. The ad ran on TV for three weeks at the same time as the Facebook activity. This drove synergies among a high number of TV viewers who saw the ad on both channels, but also connected via Facebook with the ‘hard to reach’ light viewers who may not have seen it as often. After this initial drive, the Facebook campaign continued for a further eight weeks, extending the longevity of the campaign and maintaining memory of the TV ad. A person who may have only seen the TV ad a few times then had multiple opportunities to relive it over the course of the eight week Facebook campaign. Facebook also allowed for a more targeted approach, so the fast food brand could ensure it had reached the specific demographic in a cost-effective way following the initial launch.

The potential of synergy reinforces the fact that brands should be investing in 360 degree multimedia campaigns. Marketers should be focused not only on the ROI of each channel, but on understanding the role each media plays within the broader plan and the relationship between all of them. Finally, within a synergistic world of multiple platforms, it’s never been more important to adapt the message to the medium whilst maintaining a common creative theme.