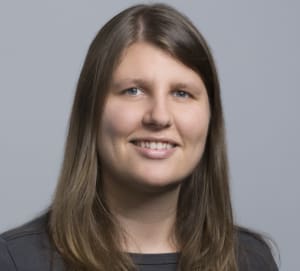 Programmatic is 2016’s least favourite buzzword, at least if recent industry panels are anything to go by. But ask a handful of executives what it actually means and they’ll all have wildly different definitions.

Unfortunately, most attempts at defining programmatic simply swap one buzzword for another: automation, programmable advertising, and programmation are some examples. Any definition which stops at automation is particularly poor. Imagine explaining email in this way.

As an industry, we must stop this laziness: it fuels false assumptions about how programmatic works in practice. A good start is to identify the key components that make up this practice: data, media, and technology. Simply put, programmatic is the use of technology to bring media and data together at scale.

This is obviously an extremely simple definition, but one that points towards the enormous possibilities for marketers. At Publicis Media we’ve trained 1,500 staff worldwide on the fundamentals of programmatic to ensure they avoid common pitfalls. Here’re our top five:

1. Programmatic is not a channel

Many advertisers and agencies allocate budget to programmatic separately to the rest of digital, just as they would to television or OOH. It’s ironic. They are taking a siloed approach to an approach which is best used to bring media together.

It’s designed to break the silos, so campaigns can be driven with a holistic view of a customer and determine the best media mix to achieve the desired outcomes.

Liam Neeson said it best in Taken: programmatic gives marketers a “very particular set of skills.” Deploy these skills during the strategy and planning phases and use them anywhere they can add value – not simply within a predetermined budget allocation.

2. Programmatic is not a bucket shop for remnant inventory

Let’s face it, remnant is a derogatory term. It’s like you’re the last kid to be invited to the school disco. But just because you’re not popular doesn’t mean you have no value. You’re important to someone. It’s the same with inventory. An advertiser will pay more to reach a niche and so-called remnant inventory often fills a gap that can’t be reached in other ways. Programmatic can help highlight where that inventory is. It’s not remnant. And likewise, publishers who perpetuate this by not integrating programmatic into their direct sales teams risk peaking in high school.

3. Programmatic is not all about price

An early misconception was that programmatic was all about price. As mentioned, some saw it as a low cost way of trading spare inventory. Others feared it would drive prices up as competing buyers fought for limited inventory. Both are crude assumptions.

In reality, programmatic’s strength is in creating effective campaigns that direct advertisers to their target audiences, using a wealth of data – their own data, third party and behavioural analysis. Sure, it’s a trading framework and that infers that finding the right price is at its core, but the real value comes from finding the right inventory.

4. Programmatic should not be a black box

It’s a tool clients or agencies use to plan and execute campaigns. It requires expertise and, more than likely, a use of in-house data and campaign analysis that you’d want to keep to yourself. Yet many decide to outsource to a managed DSP or ad network, which gives them little in the way of control, visibility or ownership.

In ‘ye olden days’, when sales deals where made over lunch, it’d be akin to sending a third-party negotiator off to the restaurant on your behalf – someone who does the same deals for your competitors.

5. Programmatic is not a buzzword

So, is programmatic just another one of these here-today ad-terms that is tossed around by people who want to look like they know what they are talking about?

Perhaps, but thankfully there’s more science and substance behind programmatic. It’s not a new way of describing a fundamental concept that’s simply been rebadged to add an air of mystique. It is a truly transformative approach to media buying that buzzeteers – technical term – will have to get across if they want to stay relevant as the industry evolves.

The important thing to remember is that it’s a set of tools, just as a scalpel is to a surgeon or typecasting is to Liam Neeson.

It is not just a magical black box where you input some data then wait for a campaign to pop out the other end. The ideal is the complete opposite. Your programmatic approach should be based on transparency, and on honest conversations between advertisers and their providers about the strategies being followed, the data being sourced, the inventory provided and the privacy and security permissions that are required.

It’s easy to see why programmatic is often misconstrued. It relates to the final point. We’re an industry that likes to use jargon, even for relatively simple concepts. Programmatic is ushering in a new era of media buying that greatly benefits smart marketers. Anyone who thinks it’s simply another buzzword is missing the point.