Facebook and Google are media wastelands – bring on the ACCC inquiry 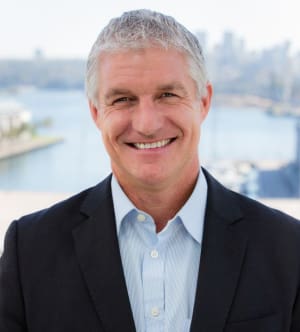 It’s a forensic takedown on the hypnotic, but reckless allure big tech is having on everything. And everyone in Australian marketing, tech, media, advertising, politics and competition law should hear the interview for some Christmas cheer.

Galloway’s warnings couldn’t be more serendipitous for the troubled Australia media sector. I was just 30 pages from finishing his riveting book, The Four, before I plugged into Nick Bilton’s podcast interview with Galloway.

It’s an hour of power, prejudice and perfect timing given the Treasurer Scott Morrison last week tasked the ACCC to begin an inquiry into Facebook and Google as a condition of Communications Minister Mitch Fifield’s media reform efforts.

The entire inquiry should start with ACCC chairman Rod Sims sitting down with his team to give the good Professor and Vanity Fair their ears for an hour. Then start their Google-Facebook probe.

Amongst his relentless night strikes on Amazon, Apple, Facebook and Google, Galloway nails the naivety of mainstream media falling for the Google and Facebook bait-and-switch magic. That is, give away our content under the grand, but clearly wrong assumption advertising dollars would follow bigger, broader distribution.

Ten years ago Galloway was on the board of The New York Times as the front man for investors who thought the company’s diversified assets in property and professional sporting teams should be broken up. He admits he got some of the strategy and timing wrong, but a decade on, Galloway remains a stinging critic of what happened to media and what media did to itself.

“Everyone decided we were going to let Google crawl our data, slice it up and sell it for more than we could and totally debase our content,”  Galloway says in the Vanity Fair podcast.

“It was the stupidest thing we could have ever done. I wanted to get all the [media] families to turn off Google and create the mother of all licensing deals to one of these companies, whether it was AOL, Twitter, whether it was Facebook, XYZ or Google, and say ‘you can have all of our content, but you’re going to pay for it’…instead we gave it away for free…we not only legitimised shitty content, it ends up we’re now legitimising fake content.

"And then what did we do? We signed up for Instant Articles because there’s a new hot girl who’s called Facebook. It took the gun away from our feet…and put it in our mouth. TV never bought into this bullshit. The ABC network never said ‘hey Google, you can cut up Modern Family and play the funniest moments from last night’ because they saw how it ended for print. We should shut these platforms down and turn them into sewers of content and start licensing our content.”

And that fellow readers, is just the start. Wait until you hear Galloway turn his sights on Amazon. But for this market, Galloway’s comments on television are borderline prophetic.

There is a real danger right now that Australian broadcasters could fall for the very trap Galloway says TV has resisted. Google has been doing the rounds in Australia in recent weeks promoting its YouTube TV service. It’s not here yet, but it’s coming and because Google is smart, we must be careful as a sector about jumping in too enthusiastically and creating for ourselves a suicide pact – particularly given YouTube and Facebook have no form on helping professional content creators fund what they do.

Despite their rhetoric, Facebook and Google have helped decimate journalism and as Mark Ritson pointed out in his Marketing Week UK column last week, the music industry generates more revenue from vinyl records than YouTube, despite music being YouTube’s single biggest audience base and genre.

The risk is that the same will happen to TV content. Yes, Google is starting to give a little back to a global newsmedia sector with changes to its first click free search policy, but only after relentless pressure from a few vocal executives like News Corp’s Robert Thomson.

We face a real risk the Australian TV sector could hand over our content to proven imposters, rather than putting aside historical competitive tensions and fighting together. Yes, there are increasingly anachronistic competition hurdles to address, but I fear a faster demise for local TV and content if we give Google’s next TV assault fast and easy traction.

We should heed the sage words of Galloway on newsmedia: “The enemy that rolled in was Google. Now they have a new one called Facebook and they should bind together and they should absolutely turn off both of these platforms and start licensing their content at incredibly rich deals.

"When the Germans rolled into Slovakia and Poland with their Panzer tanks, the Russians, the British and the Americans figured out a way to get along. I think we’re at that moment where The Wall Street Journal doesn’t compete with The New York Times. They’re adversaries. They’re not enemies.”

And so it is for Australian television. We need to think twice and fight ferociously.