Can you really be proud of your marketing this pride? 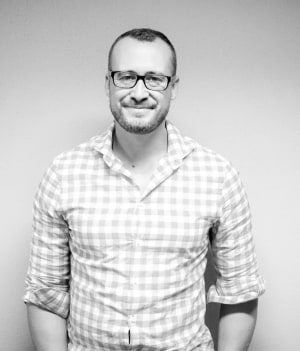 The theme for this year’s Sydney Mardi Gras is fearless.

As an industry we often talk about being fearless in our marketing approaches.

Over the years, the LGBT+ community has grown, and, as public acceptance has grown we’ve seen an increase in the number of brands wanting to speak to this audience, a stark contrast from when Guinness made an ad featuring a co-habitating gay couple, via agency Ogilvy & Mather in 1995.

The ad merely showed a small kiss but was never aired due to fear of aggressive backlash by anti-gay groups.

Back in 1992, Marketing News in America was one of the first to report the trend in marketing to gay men in an article entitled “Mainstream marketers decide the time is right to target gays”.

Some argue capitalism itself has led to the acknowledgement of the gay community by marketers.  For many years ‘Pink Dollar’ research has suggested that same sex couples’ earnings and consumption is higher than that of their heterosexual counterparts (two incomes, no kids – though children are increasingly becoming part of the new make-up of LGBT families, diversifying this segment even further).

With Census data often not including a question around sexuality, market size is hard to be sure of, but many estimates 6% - 10% of the Australian population fall into the LGBT community. This represents a great deal of spending power – for example ANZ predicted a $650 million boon to the wedding industry after the Yes vote. While most day-to-day spending habits are not influenced by sexuality, the audience represents an interesting marketing niche for brands due to the supposed disposable income and lack of anxiety with regards to spending on leisure activities.

What’s more, there are additional marketing benefits to making LGBT friendly ads – in a 2017 YouTube study nearly 60% of millennial women said they were more likely to remember a brand that’s LGBT-friendly. We’ve moved from brands considering the segment from a disposable income approach to one where they can demonstrate social acceptance through inclusion and recognition.

Fast forward almost 30 years from the Marketing News headline and we’re seeing LGBT friendly campaigns on a more regular basis. Nevertheless, the fact remains that many brands are still getting it wrong – the same YouTube research found four in 10 viewers still feel brands aren’t fairly representing LGBT people in their ads. It is no surprise then that many gay men and women are either cynical or cautiously enthusiastic about marketing efforts directed towards their communities.

If you haven’t addressed the LGBT audience before, the answer to the question ‘should we run a pride campaign?’ starts at home.

If you’re asking – should we or can we run a campaign around Pride/Mardi Gras - then you should first be asking, do we have our own inclusivity policy? Are we doing enough internally to champion diversity and inclusivity? And to go one step further, does my company recognise same-sex relationships in our general communications or products?

If the answer to these is no, or you’re not entirely sure, go back to the drawing board, work internally first on your own staff policies, recognise your own LGBT staff, look at your general communications and examine if you’re really doing enough day-to-day. Then, and only then, consider if you should do a pride campaign. Or in fact, don’t do a campaign – first do BAU activity that will truly benefit your LGBT audience.

A rainbow-wash exercise during the month of pride is most certainly not the way to go. The LGBT community is not ‘a quick buck’ and must be approached with honesty and integrity. With these characteristics, an organisation can expect to fare well; without the chops to backup your message, you leave yourself open to criticism and cynicism.

As an example of this, just two years ago Burger King NZ came under criticism of tokenism, inauthenticity and ‘jumping on the bandwagon’ after filming an ad during Auckland Pride while neglecting to properly support the parade by way of donation or corporate participation.

Who’s getting it right then?
Brands doing this best are ones that came out in support many years ago and now enjoy strong stable consumption by the LGBT community (and LGBT allies). This doesn’t mean your organisation is excluded, the Mardi Gras party is known for its inclusiveness, it just means you need to commit to supporting the community more genuinely in the long term.

Levis, Absolut, Qantas & Coca Cola are doing it right – Qantas of course has one of the only CEOs in Australia to publicly support the same sex marriage plebiscite, totally aligning with its long-standing policies of equality within its own organisation.

When it comes to being fearless in advertising, Coca Cola Brazil made the very bold step last year to take a well-known derogatory term for gay men and reclaim ownership in a positive campaign this really embodies the fearless spirit that this year’s Sydney Mardi Gras is themed. We’ll soon see in March if Australian brands will do anything quite as bold and creative in their approach to demonstrate support not only for their LGBT customers but for their own LGBT staff too.