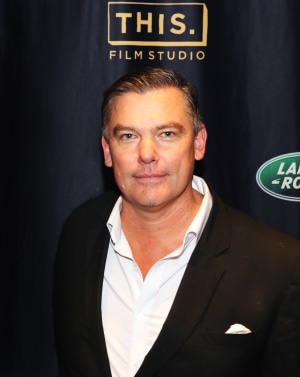 A 2018 Accenture study found that 62% of consumers want companies to take a stand on issues such as sustainability, transparency and fair employment practices. Now, more than ever, purpose matters and in today’s increasingly cluttered marketplace, brands need to stand up in order to stand out.

But there’s not much point standing for something if you don’t have a way to genuinely demonstrate it. Sure, you could include purpose in the corporate mission statement on your website but what good will that do?

When marketers look into the golf bag of opportunity for ways to communicate what they stand for, one of the available clubs is storytelling. It’s not a club you use every day but it’s the perfect one to demonstrate purpose for a number of reasons.

Firstly, when done well, true storytelling has a long tail.

Instead of a four-week campaign that talks up your brand purpose, a well-executed branded entertainment project can carry the message for months, even years. From long-form content such as a film or TV series to short-form assets, social, events and interactive elements, a strategic, brand-aligned, entertainment project allows brands to plant a flag in the sand around the cause or issues close to their hearts.

Secondly, branded entertainment can help brands to reach audiences that previously wouldn’t have engaged with them. Entertainment is like a trojan horse. Get the audience interested in the story or hook them with well-known talent and they will be much more receptive to the real message. I call it ‘hiding the broccoli’.

For some brands, this may seem like a new and untested approach but consider the example of Free Solo.

In 2017, award-winning documentary filmmaker E. Chai Vasarhelyi and world-renowned photographer and mountaineer Jimmy Chin followed free soloist climber Alex Honnold as he prepared to achieve his lifelong dream of climbing the 3,200-foot El Capitan in Yosemite National Park, without a rope. The result is a stunning, critically acclaimed documentary that won an Oscar in 2019. But most importantly in this context, it was funded by clothing brand North Face.

As one report on the Oscar win noted, “The award marks another milestone for the firm as it continues to engage the public on serious issues regarding the environment and preservation of outdoor spaces in innovative ways.”

How many brands can say they won an Oscar while demonstrating a commitment to conservation?

For the brand, the opportunities for activations and extensions from the film are seemingly endless with a series of talks, repeated screenings and Alex Honnold even going so far as to wear a North Face tuxedo on the Oscars red carpet. This example is the pinnacle of a brand demonstrating its purpose.

And, if you’ll indulge me for one moment, we recently wrapped on Save This Rhino, a two-part documentary series funded by Cisco, Land Rover and Canon. The doco, which aired on Nat Geo in April, is a practical demonstration of the technology Cisco and Dimension Data have created to help protect rhinos from poachers. In the past, conservation efforts focused on removing rhino horns or securing the animals for their protection. Cisco has instead moved the attention to the poachers with CCTV and infrared, heat detection technology that finds and stops the poachers before they attack.

The project was such a success for Cisco that the brand is looking to extend its activity in this area moving beyond conservation of one species to building technology to help marine life. Watch this space for more news on how they plan to bring that to life.

By following this path, brands such as Cisco are finding is that in addition to being seen as good corporate citizens, they are truly making a difference. But entertainment doesn’t come naturally to them. It’s a learning curve and they need help to pull it off.

There’s also an element of letting go required. Loosening your grip on a brand can be hard for many organisations. Ideally, the brand needs to share its purpose then step back and let the professionals take it from there, but that takes trust. And the trust needs to extend right the way down the line from the brand to the producers, talent and everyone behind the scenes.

Communicating brand purpose this way is like the Olympics of branding – it’s the ultimate brand activity and like the Olympics, the stakes are incredibly high. That said, now is the time to be fearless with your brand in terms of standing for something and looking for new ways to communicate that you do. And I reckon branded entertainment is just the ticket.