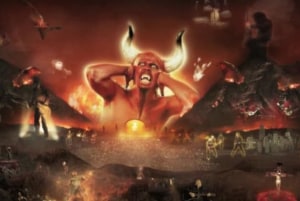 In 1979, the English rock band The Buggles released its chart-topping hit Video Killed the Radio Star. Forty years later, video remains alive and well, but we’ve seen a massive change in the way people consume it. And this has also brought about change in the way that viewers can experience video content from brands. For example, many digital video platforms have lower advertising loads and shorter formats, and we’ve also seen the rise of advertising-free on-demand services and broadcast environments.

For this reason, many advertisers and marketers are increasingly looking beyond the standard television commercial when using video to communicate their brand messages to buyers. This has brought a renewed focus on integrations in television content where the brand is interwoven within the narrative or appears incidentally in the show. For example, a recent study reported in AdNews found that the third season of Stranger Things included placements for 45 products with a total value of $US15 million. But how effective are such integrations and how does this approach compare to standard television ads?
To investigate this, we recently conducted a large-scale experiment commissioned by Network 10. It involved more than 1,200 people across Australia being exposed to popular television shows to allow us to understand the impact of different integration activity on key brand and advertising measures.

Overall, we found that brand integration in television content boosted brand metrics. For example, of the shows we tested, we found that the average purchase intent increased by 21% when respondents were exposed to brand integrations. This varied a lot by execution, that is, the purchase intent uplift was highest when the brand was the main focus of content (a 46% increase), showed a moderate increase when featured as part of the narrative (up 19%), and saw a minor increase when the brand integration was incidental and not part of the narrative (up 6%).

But since the programs we tested are typically consumed in broadcast television environments with advertising, for a select number of integrations we also wanted to investigate the impact when a standard television commercial appeared for the same brand in the natural ad break. The results showed that average recall was higher when respondents saw both the integrated content and the standard ad for the same brand (up 29%) compared with those who saw just the integrated content. In other words, integrations and ads work better when placed together.

We also wanted to look at other forms of integration. As some brands are flipping the model on its head – and integrating content into ads – we also tested a number of commercials featuring show talent.

The impact was even greater for integrated billboards, that is, short promotional messages, featuring talent and/or other references to the program that are placed in the first position within an ad break. Those results showed that brand recall jumped 31% and purchase intent rose 7% for these integrated billboards compared with the standard billboards we tested.
So while the world has changed – and, as The Buggles told us, “we can't rewind we've gone too far” – there are still many opportunities for brands to reach and engage their buyers in video content. Our research shows that by leveraging integrations into content and advertising brands can find impact beyond the standard television commercial.