Bixby: The most important voice assistant you've probably not heard of 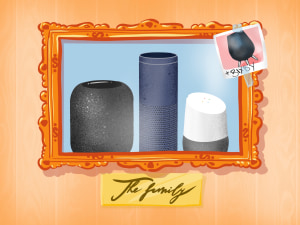 Naming three voice assistants is easy. Apple, Google and Amazon have done such a good job promoting their respective voice offerings that Siri, Google’s Assistant and Alexa feel like siblings jostling for attention. But if you were pushed to name a fourth, you might start to struggle. The answer should be Bixby, the forgotten fourth child you might learn to love.

Bixby, for those not in the know, is Samsung’s voice assistant, and although its name might spark memories of the soft and loveable Furby toy, this is a ‘toy’ in which Samsung is investing $29 billion.

While you would be forgiven for thinking the voice revolution has been and gone, not a day goes by without a new article pointing to smart speaker adoption outpacing that of smartphones, or that voice assistant use is set to triple over the next two years. So is it too late for Bixby?

Behind the impressive stats surrounding smart speakers being sales and voice assistant users, the three most common use cases for this technology are somewhat underwhelming; play music, check the weather and set an alarm.

I say underwhelming because if all that users are doing is skipping songs and setting timers, this hardly represents the exciting voice revolution that the headlines seem to suggest will change our lives.

So why are things so limited in terms of what we are doing with voice? And how will Bixby, the furry young pretender, make a dent in the world Apple, Amazon and Google are doing their best to carve between themselves?

The limited functionality currently present is due primarily to a lack of connectivity. Your smart speaker can happily allow you to control music because that software lives on the device; this is why ‘playing music’ should surprise no-one when it comes to most-used features.

Where things start to get harder is when you’d like to control things beyond the smart speaker. Currently linking your assistant to other devices requires integration with different operating systems and multiple sign-ups, hardly efficient.

The ideal state (the state that all the headlines are pointing to) is the IoT world of the future, where all our devices are connected, and this is where Bixby starts to get interesting.

Unlike Apple and Google, Samsung already has a firm footing in precisely the kind of hardware that is perfect for voice control. Washing machines, ovens, fridges and microwaves (more on this later) all represent a tangible benefit to users, even with the basic of commands.

'Hey Bixby, turn on the washing machine' or 'Pre-heat the oven to 200' are both simple instructions, but are great examples of the obvious benefit a connected home could bring, but only if your assistant and your hardware are speaking the same language.

The war for hardware within the voice world is heating up, with Amazon going as far as to bring out a voice-enabled microwave. The battle to be the assistant of choice on future hardware will be hard fought, and it is highly likely that to borrow a phrase, in the end, there can only be one.

For a future connected world to deliver promises of efficiency, everything needs to be connected seamlessly. Switching between assistants as you switch between hardware is not ideal. Dominance through a seamlessly connected ecosystem is not a new idea; it’s precisely the model Apple use; make everything work so well together that once you are inside, you are trapped forever.

So how will Samsung et al benefit if they help you run an efficient home? The answer, as always, is data. Just consider what sort of picture could be painted of you if they knew exactly how you ran your home. What you eat, when you eat it, what you buy, what you throw away etc. That level of insight would command a serious price tag to the marketers already salivating at the prospect of getting their hands on it.

But Samsung is rather late to the party; so does Bixby stand any real chance? In a word, yes.

It is a combination of, not just the $29 billion Samsung is committing to Bixby’s continual development or the unrivalled access it has to hardware, it has a 20% share of the home electronics market in the US, but the fact that Bixby can sit back as the challenger brand and absorb all the miss-steps of the market leaders.

And Samsung is used to playing catch-up with full commitment and a clear focus - consider TVs and smartphones. In both cases, Samsung arrived late but invested heavily in research and development. Samsung TVs and smartphones are now widely considered to be industry leaders and regularly top the best of lists.

So, as the novelty of skipping songs begins to wane, count your Samsung appliances and consider how much better your life would be if you abandoned one of your more gimmicky children and adopted a Bixby into the family.