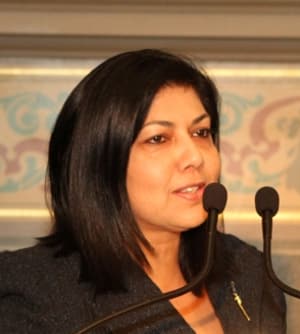 It’s happened again. Major international brands Nivea and Pepsi are the latest to draw criticism for being ‘tone deaf’ to cultural issues in marketing.

Just Wednesday, the German skin care company was compelled to pull a deodorant ad featuring a woman and the slogan "white is purity" from the company’s Middle East Facebook page. Pepsi has also bowed to pressure by pulling their ad featuring Kendall Jenner. It was widely criticised for appearing to trivialise “black lives matter” demonstrations.

While multicultural marketing has been steadily gaining attention over time, are we as marketers doing enough?

Recently released ABS data from March 2017 has indicated that 28.5% of Australia's resident population was born overseas, equating to just shy of 7 million people.

To put that into perspective, the last time migration levels were this high was during the gold rushes of the late-1880s, a time of great upheaval, which transformed young Australia’s convict colonies into much more progressive and affluent cities.

Then, as now, hopeful migrants bring new skills, new professions, economic contributions and massive opportunities. Back then, it was a time that led to the emergence of a unique national identity. They were exciting times, to say the least – and they are exciting times again today.

With social media, a brand’s message reaches around the world at lightning speed. The era of ‘push messages’ is gone for ever.

Awkward campaigns such as Pepsi and Nivea’s have proven over and over again that understanding cultural sensitivities is critical in this era of globalisation.

Brands risk offending customers and cultures across the world if they are not careful in their communication.

It is essential for businesses to keep a check on the changing demographics across major cities, to be able to better communicate with people through advertising.

Unfortunately, multicultural marketing is all too often marred by a lack of cultural awareness and ignorance of demographic trends. Australia does not just consist of white Anglo people, but is a diverse multicultural melting pot. Despite this, marketing in Australia is dominated by ‘old-time’ thinking from marketers who don’t see the diversity that Australia offers, or its astonishing potential.

Like sour milk, this kind of thinking is well past the use-by date, so far as I’m concerned.

Diversity also abounds within a culture, so treating a particular cultural group as ‘all alike’ does not work either. The strength of multicultural marketing lies in the granular detail of its targeting, to ensure the effectiveness of the outcome.

There will always be differences in culture, and nothing is to be taken for granted when reaching out to a multicultural diaspora with marketing communications. The ramifications for ill-communicated messages are far too severe and immediate in this age of social media.

Placing a broad blanket over a multicultural group can cause confusion, anger and lack of trust toward the company. The opposite is also true – a brand that shows respect and knowledge and understanding of the nuances of a particular cultural group stands to gain goodwill, trust and positive brand perceptions.