ABC: The AFP raids on journalists have been a wake-up call 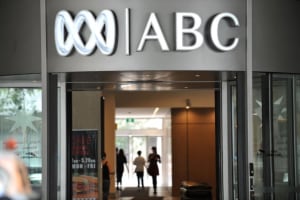 Full text of an address by ABC Managing Director, David Anderson to the National Press Club panel session Press Freedom: On the Line:

On behalf of all those present, I would like to start by acknowledging that we are meeting on the traditional lands of the Ngunnawal people and I pay my respects to Elders, past, present and emerging.

It is a great privilege to be here today joining Michael Miller and Hugh Marks to talk directly about a fundamental tenet of democracy. That is, the public’s right to know and to use that knowledge to participate fully in the affairs of the nation.

I would also like to acknowledge the journalists across our organisations who work tirelessly and passionately every day in pursuit of the truth and in the public interest.

As we have seen over recent years, politics in Australia is a blood sport. The only activity that could surpass it for intensity and venom might be the media game, which makes today all the more remarkable.

So, what brings us together today – as an unlikely coalition of the willing?

Issues of national importance. Issues core to our democracy. An informed electorate, holding the powerful to account, shining a light into dark places and providing a platform for the weak and oppressed.

That’s why we’re here. The stakes are so high.

It is my role to open proceedings and outline the barriers that hinder the media’s ability to perform its primary role: informing the public.

Given the events of the past few days, with the ABC and News Corp committed to challenging warrants against our reporters for doing their jobs, it is important that we put this public platform to best use.

Public trust
Each of our media organisations observe the same journalistic principles and pursue the same overall objective: speaking the truth to the community. We have an obligation to provide valuable context and an independent fact base of information to the public. Our trust is built on getting that right.

Overwhelmingly, Australians have benefited from the efforts of our journalists. Working competitively and occasionally in unison, we use our resources to inform the public and to help make Australia a better place for all of us.

Instinctively, I think of the efforts of driven reporters like the ABC’s Chris Masters who defied intimidation to expose corruption at the highest levels of Queensland government in The Moonlight State.

I also think of the 2014 joint Four Corners/Fairfax investigation into reprehensible bank practices that led to a royal commission.

And I think of the current royal commission into aged care. This would not have happened without ABC Investigations and Four Corner’s crowd-sourcing techniques and digital skills to expose shocking mistreatment of the old and frail.

I refer also to the investigations that prompted the recent police raids that have received international condemnation. The AFP raid on our Ultimo headquarters directly targeted a series of stories by Dan Oakes and Sam Clark called “The Afghan Files”. It was based on defence force documents and many other sources that alleged Australian special forces were involved in the potential unlawful killing of unarmed civilians.

These investigations demonstrate why an unimpeded media is so important to the public.

Press freedom is a proxy for public freedom.

We all want to be reassured that our parents and grandparents are being cared for appropriately. That our banks are not ripping us off. That our elected officials are acting in our best interests and that we are properly informed about the activities of our military, law enforcement and security agencies. We are there to protect and promote our right to know.

A fundamental right
It is impossible to overstate the importance of the right to know. Access to information underpins other human rights.

Knowledge truly is power. But power can only be exercised when it is acknowledged and protected.

Even a rudimentary stocktake of the Australian system shows that the right to information is not effectively exercised or protected. While it is heartening to know that the Government regards a free media as a foundation stone of democracy, nowhere is that articulated or entrenched in law.

The legacy is a patchwork of laws that make it difficult, sometimes impossible, for the media to do its public duty.

Journalists are increasingly accused of crimes for performing their job. Whistleblowers, whose brave interventions are so important to identifying wrongdoing, run the risk of being cowed out of existence. Freedom of Information has failed to deliver transparency. Defamation laws appear only to protect the rich and powerful.

The confronting raids on ABC and News Corp have served at least one useful purpose, exposing the extent of deterioration in our public discourse.

We are committed to working constructively with all sides of politics to identify areas of weakness and to push for meaningful, urgent reform. This reform must identify the areas where the balance between the public right to information and other priorities, like national security, has tipped too far. And to restore that balance.

Restoring the balance
Decriminalising journalism is a mandatory first step. The Criminal Code and the Defence Act both make it an offence for reporters to receive certain types of information.

No one deserves to be punished for doing their job and pursuing information that is clearly in the public interest. Some of these laws do not even allow a public interest defence to be raised.

If a free media is a foundation stone of democracy, then protection of whistleblowers is the mortar that binds it in place. Most investigations would not have happened without the courage of whistleblowers, risking their reputations – and sometimes their lives – for the greater good.

Intimidation of the media is often seen as cover for the main game by authorities embarrassed over public disclosures – silencing the whistleblowers.

It is vital that we work collectively to stiffen protections for those who seek to come forward, particularly in the public sector. Quarantining national security and law enforcement information from the ambit of whistleblowing laws does nothing to promote confidence in public administration. There is no justice in prosecuting whistleblowers or sources when the public has a legitimate right to the information.

Freedom of Information law has now become a vehicle for strengthening secrecy and reducing transparency. Authorities have become adept at classifying documents as exempt and using go-slow techniques to delay publication. Rejections have reached record levels and the external review process is under-resourced and failing. Inevitably, this puts even more pressure on whistleblowers to go public.

Maximum disclosure
I approach debate on public policy issues from a simple premise: the better informed the participants, the better the discussion. A fully functioning democracy requires a fully informed public.

It’s all too easy for authorities to tag information as “Top Secret” or “Confidential” to prevent access and debate.

While we would all concede the need to adapt to new security threats, it is difficult to see where the right balance has been struck between security interests and the public right to know.

Conclusion
This paints a fairly bleak picture. The rhetoric of the importance of a free media to Australian democracy is not being matched by the reality. Our journalists have too many impediments in their path, including the unacceptable risk of being treated as criminals.

No-one is above the law, however no-one should be above scrutiny that is clearly in the public interest.

The AFP raids have been a wake-up call. We are collectively guilty of becoming too complacent, fighting bad laws and bad practices as individual battles, rather than as a fundamental assault on public rights. We need to do a better job of highlighting the problems and the benefits of a free media.

As Managing Director of the ABC, I am in constant awe at the fearless dedication and skills shown by our journalists across the country.

Each day, in many ways, from our international bureaux through to our state and national newsrooms, and our local and regional centres, across TV, radio and online, we are holding the powerful to account and speaking the truth to our audiences. Whatever the obstacles, we will continue to serve that mission.

Clearly, we are at a crossroads. We can be a society that is secretive. And afraid to confront sometimes uncomfortable truths. Or we can protect those who courageously promote transparency, stand up to intimidation and shed light on those truths, to the benefit of all citizens.