A timely history of briefs 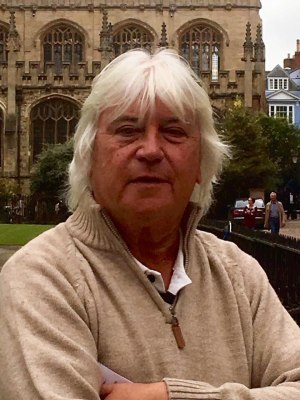 Can I make it clear from the onset that this is not a nostalgia piece. It is, rather, a reflection on the history of writing Creative Briefs that stems in part from forty years of trying to write them.

By way of context I think it is important to stress that the culture of agencies has changed dramatically over those forty odd years. In the mid to late Seventies people employed by advertising agencies were very aware that they were joining a creative rather than commercial enterprise. The Creative Department was largely stocked with part-time poets, novelists, artists and designers; the output was about providing entertainment, interest or drama on behalf of a client’s brand. Certainly in the UK it was the era when the general public readily agreed that “the ads are more entertaining that the programmes”.

This has led me to a rather startling conclusion, albeit rather late in the day. Like most Planners I have historically been sceptical of the Creative Briefs of the day centred around the concept of a Unique Sales Proposition. I assumed this was a concept that dated back to a post-war period when new brands were being developed, new product improvements worth publicising and whole categories owned by one or two brands that could find and express a definitive difference. Brands that were, or could be made to seem, “one of a type”.

With the clarity that comes from foresight I now see that “unique” doesn’t have to mean “the only existing” it can, and does, mean more broadly “special in some way”. It allows the brand to be wrapped in a personality, attitude or set of values that makes it feel unusual or special. Hence Hovis took ownership of nostalgia; Heineken ownership of refreshment; Nike ownership of empowerment, Benson & Hedges intelligence. Dave Trott always insisted on a one word brief and now, rather too late, I see where he was coming from. It wasn’t the one word that made a brand definitively different, it was the one word that could make it unusual or special, the word that unlocked creative potential and allowed for truly creative breakthrough advertising.

So, here’s the rub. When Strategy Planning entered agencies as a mainstream discipline it was essentially as an extension of research being conducted either internally [some agencies had their own Research Departments] or externally. It was deemed to be “the voice of the consumer”. Inevitably the Creative Brief became an extension of the consumer’s wants and desires. The USP, that I now see had limitless potential to make a brand more desirable, was subsumed by the idea of a brand promise or brand benefit. Advertising became consumer focussed rather than brand focussed and strategy revolved around “consumer insights” – even though few planners could really articulate what they were, or how to recognise them in focus groups. In retrospect I think this was not the great leap forward heralded at the time. For decades it produced pretty mundane advertising constrained by what were really category promises and vanilla benefits. Far from brands being unusual or special they became similar and generic.

Those that know me will confirm that around 2002 I introduced the concept of Brand Story within Leo Burnett and then set up Storymining as an independent consultancy. I thought I was re-inventing the world by pulling the emphasis back on brands and the need to attract consumers by dramatising what they represented and stood for rather than reflecting what they felt consumers required from them. I now realise that the wheel has come full circle. Brands do need to be unusual or special in some way, the best advertising does need to entertain, challenge or dramatise and consumers don’t want their need mirrored but want to see then challenged. I recognise that most agencies now understand this but many clients are still too research focussed. My advice is to look less outwards and more inwards. What is it that you can say, do or demonstrate that gives the brand itself a personality that pulls it out from the crowd. What I do know, having judged the Effies from inception, is that those are the campaigns that result in commercial success.

So this is a timely history of Creative Briefs because it is really a case of “back to the future”. We need to get back to a definition of what is unique about your brand or organisation that is not about doing something uniquely but is about presenting your brand in a way that is unusual, engaging and special. And advertising has always played a very important part in bringing that specialness to life.