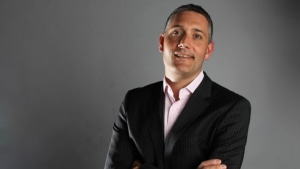 Redundancies are expected at Yahoo7 as the business restructures its operations to better align with Oath.

The formation of Oath was announced in 2017 following Verizon's acquisition of Yahoo's operating business globally, merging Yahoo with AOL. Soon after the move Yahoo CEO Marissa Mayer left the business and locally APAC MD of platforms at Oath also exited.

In a downplayed and somewhat ambiguous press release issued today, Yahoo7 says it will lead a "planned reduction in locally-produced bespoke platforms and potentially across the associated teams".

"Smaller changes are also planned across the rest of the organisation," the release says.

The company has confirmed chief revenue officer at Yahoo7 Paul Sigaloff will remain at the company, but would not comment further on what departments would be hit by the job cuts.

Former national sales director Paul Bates, who yesterday announced he was joining REA, was not part of the redundancies as AdNews understands he resigned last year.

The business says the restructure is aimed at making "greater use" of the Oath technology capabilities and "carry Yahoo7 into the future".

Local brands such as Yahoo7 Be, 7News, Yahoo7 Finance, Mail and 7Sport will remain unaffected by this shift in the back-end tech platforms, according to the release.

"Of course, making changes is always difficult, especially involving our talented people, but ultimately this will ensure Yahoo7’s continuing success," he says.

Oath has a reputation for cost-cutting via redundancies, laying off 560 people in the US.