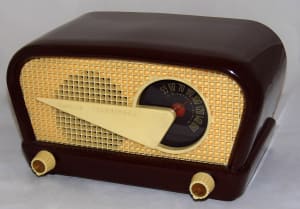 CRA has established a board committee to work towards an industry-wide programmatic solution with Nova Entrainment CEO, Cathy O'Connor, at the helm.

“One size may not fit all media sectors and sectors need to carefully develop solutions that work for them and their major stakeholders,” Warner said. “At the end of the day, one solution or approach for an entire industry sector must be preferable to the three, four or five that may otherwise develop, and each with an implementation cost of some sort of agencies and other stakeholders.”

Warner was speaking to AdNews following a panel at the National Radio Conference, looking at the state of programmatic across the media and marketing industry.

As part of the panel, Adshel's Mike Tyquin, spoke of the out of home (OOH) industry's move into programmatic which has seen industry body, the Outdoor Media Association (OMA), recently launch a tender to find a programmatic platform provider. Tyquin said what he has seen through OOH is the importance of finding “what programmatic means for your industry and for your business model”.

Carat CEO, Simon Ryan, said that deciding on the form of programmatic — guaranteed fixed cost inventory or auction and bidding based — is a key part of what needs to be determined. Given the complexity, he said, there is a need for industry consensus to protect it as it undergoes the transition.

“We have an industry to protect, we have talent to endorse and we've got journalism as well, so I think you've got a big industry to protect in Australia in radio,” Ryan said. “You need to protect the industry and move forward on the basis of 'is this going to make money for us or is it going to ruin us?’.”

O'Connor revealed that defining the industry proposition around programmatic was core to the committee.

“The questions for the industry are: What are the entry levels? Are there things that we should do individually or should it be something together, and if we do, what does the basic form of programmatic look like?” she said.

“Ultimately, we want to be an industry that is built for the market in which we operate. There is a shift in how advertising is transacted and we need to change with it. There is lots to explore, but I don’t think we're there yet.”

Australian Radio Network COO Michael Harvey told AdNews that programmatic is a challenge for all media but that for the radio sector “working together as an industry makes sense”.

“Each company, while incredibly competitive between each other faces similar challenges,” Harvey said.

“Joint initiatives have the aim of continuing to demonstrate not only the ongoing strength of the radio audience, but also the ongoing relevance of radio and its multi-platform capabilities in a shifting media environment.

“A united view and approach on programmatic would ensure a more simplified and consistent delivery of campaigns for agencies and advertisers.”

Southern Cross Austereo (SCA) recently launched a programmatic audio exchange for digital audio inventory in partnership with Triton Digital called a2x. SCA's chief digital enablement officer Vijay Solanki said that the offering has “most of the Australian audio industry involved” including Macquarie Radio Group, Guveara and Spotify and that it believes it should be used as an industry-wide platform for digital audio inventory.

“The radio industry has demonstrated that we can work together on initiatives like DAB+ to set a single standard and approach for the industry,” Solanki said.

This article first appeared in AdNews in-print (16 October). Click here to subscribe to the AdNews magazine or read the iPad edition here.