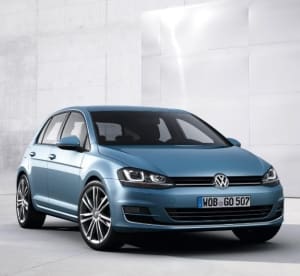 Embattled German automotive giant Volkswagen has lost up to AU$14.2 billion (US$10 billion) off its brand value since its emissions scandal began, something that will only be further affected by the Australian Competition and Consumer Commission (ACCC) opening its own investigation.

“The ACCC is making inquiries to determine if consumers might have been exposed to misleading claims,” the body said in a statement last week.

“The ACCC is also considering the rights of consumers under the Australian consumer law.”

It is still unclear whether Australian vehicles have been fitted with the emissions software, though the damage has been calculated by brand valuation and strategy consultancy Brand Finance as being around the US$10 billion mark.

“At Brand Finance’s last calculation VW’s brand value stood at just over US$31 billion, making it the world’s third-most valuable auto brand. It appeared to be motoring ahead, brand value having increased from just over US$27 billion in 2014.

The developments of the last few days will undoubtedly send this trend into reverse, resulting in [US] $10 billion in lost brand value,” said Brand Finance CEO David Haigh.

The scandal emerged as reports confirmed that special software, aimed at avoiding emissions controls, was fitted to as many as 11 million diesel Volkswagen vehicles. Test readings taken in the US state that toxins released by Volkswagen engines without the cloaking software active were 35 times higher than the legal limit.

Despite presenting a brave face, Volkswagen CEO Martin Winterkorn fell on his sword last week, all the while claiming he knew nothing about the wrongdoing.

“On first assessment it appeared that Volkswagen might escape such severe brand damage. Toyota’s errors led directly and visibly to fatal accidents while Volkswagen’s alleged activity may also pose a threat to life, but in a less immediate way.

However as the scale of the deception has emerged over the last few days, it is beginning to look as though VW may face a crisis on an unprecedented scale,” said Haigh.

“The cost of recalls and fines could be far more significant than those Toyota faced, whilst the apparently deliberate nature of VW’s actions compounds the impact on its credibility.

“This sits particularly badly with Volkswagen’s brand identity which is founded on reliability, honesty, efficiency - both efficiency of production and fuel economy - and more recently for environmental friendliness via models such as the Polo Bluemotion and XL1.

“Its sins of emission are sins of commission.”

Toyota suffered similar damage between 2009 and 2011 as a series of mechanical issues undermined their image. This lost them almost three billion dollars off their brand value, which only recovered to US$35 billion this year.

“It may already be too late to stop the corrosive effect VW is having on the reputation of its home country, in particular its business culture. German industry is lauded for its efficiency and reliability while Germans as a whole are seen as hard-working, honest and law abiding.

“That such an iconic German brand, the ‘people’s car’, could behave in this way threatens to undo decades of accumulated goodwill and casts aspersions over the practices of German industry, making the Siemens bribery scandal appear less a one-off than evidence of a broader malaise.

“With reports that BMW has been implicated too, the damage to Germany’s nation brand could become critical.

Nevertheless, Germany’s status as the world’s most powerful nation brand is under threat, and nation brand value could be set to fall when the results of our 2015 study are revealed next month.”

Haigh concluded with a pithy pun.

“The apparent ease with which the company’s activities were uncovered makes it all the more astonishing that VW was willing to endanger its most valuable asset. Rather than ‘Das Auto’, VW’s motto might be more appropriate if changed to ‘Crass Auto’.”