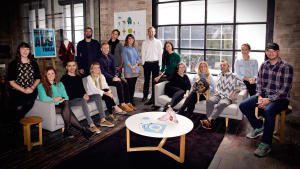 Charles Vallance is a contrarian. Earlier this month in Sydney, he outlined three “heresies” [sic] he believes fly in the face of rhetoric around marketing and advertising, thanks to the era of big data and ad tech. The first heresy, is that wastage is not the enemy of marketers.

“Waste is good,” Vallance said at AANA’s end of year drinks, “and precision can be bad. It's another way of saying that brands can’t be built in a silo. The power of brands is that they are part of our collective conscience.

“Too often we forget the end-user isn't the only target and we can be seduced into thinking that private conversation between a person and an advertiser is all that's needed, and in doing that we mistake precision for persuasion,” he said.

The second heresy plaguing the advertising industry, according to Vallance, is that “creativity trumps relevancy”. It goes against the oftrepeated mantra that brands must be sending the right message at the right time. “In other words, it's better to be irrelevant and creative than relevant and uncreative,” he said. “If you only have half a million dollars to spend next year, what are you going to spend it on? Ultra-efficient improvement algorithms in a high frequency digital environment, which is a short-term payback, or a modest brand building campaign that may pay back over some time in the future? I know what I’d do.”

Vallance's third heresy, was that targeting seldom guides creativity. “I'm a targeting sceptic. I've never been a fan of slicing and dicing audiences,” he said.

The John Lewis Christmas campaign is a case in point, because everyone sees the same thing and can be part of the same conversation, it has become an institution.

“Hyper-targeting doesn’t need to be at the expense of brand building and vice versa; we need them both,”