UnLtd: The industry needs to recognise it can help disadvantage 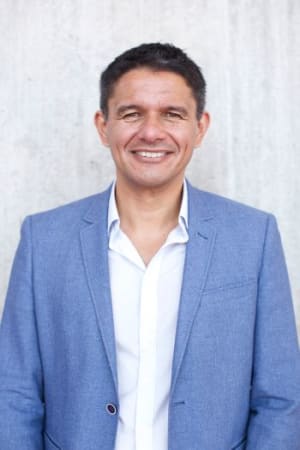 The AdNews Challenge is six days away. Now is a good time to meet Steve Taitoko, the first ever CEO of UnLtd, who was appointed last month. The not-for-profit organisation is looking to turbocharge its industry fundraising and raise $10 million in cash in 2016.

It's an ambitious goal but Kerry McCabe, UnLtd founder and chair, thinks the industry is bathed in privilege, and needs to be awoken to the disadvantage that affects others and step up to the opportunity to use its assets, capability and smarts to make a difference to disadvantaged youth.

“We all get caught up in our own world in this industry,” he said. “Because we’re so privileged, we don’t see disadvantage, we're not touched by it. We live in the Northern Beaches and the Eastern Suburbs – we don’t see it so we need to be awoken and have it bought to our attention. We need UnLtd to connect emotionally with us. We have a responsibility and opportunity to do something.”

McCabe and Taitoko outlined what’s on the agenda for the organisation next year at the members' meeting last month.

Here's a run-down of the Q&A with UnLtd GM Carol Morris.

Carol Morris: As UnLtd is setting up for growth, why is a CEO needed?

Kerry McCabe: We as an industry have a massive opportunity to own and to solve a large and unacceptable social issue in this country. It is unacceptable that in a country as wealthy and well resourced as Australia that we have 600,000 young people who don’t have that essential thing – belief. If you look at your own life, you wouldn’t be sitting here today if at some stage in your life somebody hadn’t believed in you and given you support, encouragement and love. It's why our industry thrives and it's why we have this life of opportunity and privilege.

It’s a $25 billion dollar industry – so that opportunity is immense but it requires a lot of focus and hard work. That was one of the motivations for seeking a CEO and why we are expanding our board.

CM: UnLtd has achieved a lot, but does appointing a CEO change the perception of what it means to operate from a low cost base?

KM: I think that lean is really good in business and in not for profit – but not at the expense of growth. UnLtd did an amazing job in its first five years and did so not spending a brass razoo. We generated our first $8 million in cash without spending a dollar. I don’t know of any other not for profit in the world that’s done that.

As a board we have made a decision that we will invest appropriately whilst also remaining very lean to give us the capability to deliver on our plans for next year which are really ambitious.

CM: In terms of the role itself – running a charity is one of the hardest jobs around - what did you see in Steve that you felt would make him the most powerful choice?

KM: It is one of the hardest jobs abound, and you [Carol] have had the hardest job in this industry. We all get caught up in our own world in this industry. Becuase we’re so privileged, we don’t see disadvantage, were not touched by it. We live in the northern beaches and the eastern suburbs. We don’t see it so we need to be awoken and have this bought to our attention.

We were very considered in what we needed our CEO to do – and it wasn’t a network, names in a great little black book – it was skills and that will enable the organisation in creative ways and innovative and low touch ways to get on board and get involved on their terms.

In Steve, the first big thing was culture fit. If you know all the people in UnLtd they have this common attribute of just giving a shit and the desire to leverage their smarts and capabilities for something beyond themselves. Steve demonstrated that so impressively.

Steve has a really rare set of skills. He was formerly a public company CFO and has that big business experience and understanding of what it takes to move markets and be financially astute was as big part of it. He’s launched businesses and startups around the world, created new products and new opportunities. At UnLtd we’re not about tin rattling and feeling sorry for the kids, that’s the old world of thinking about not for profit. It's now about social investment, finding ways to tap into what already exists.

CM: Steve, what was it about the role that appealed to you?

Steve Taitoko: Having a philanthropic organisation that sits across an industry like media and marketing where you’ve got the power of creativity sitting behind you is incredibly powerful. I've been lucky enough to go out to half a dozen charities in the first few days and the thing they all have is an incredibly powerful story. Then you've got an industry that tells stories for a living – I think the opportunity to take those incredible stories and engage them with the power of the community is incredible.

ST: One of my learnings in the first seven days is that I think fun is at the core of this. These kids face dire consequences from the situations they are in, but they don’t want adults to be all serious and dull. So let's have fun around it, not sit here with sad faces that this is all going on. We have a set of powerful tools as an industry that we should be bringing to make it fun.

As a board and a business, I think there are three priorities in the short to medium term.
The first is to define our purpose. I’m a big advocate of design thinking and the first step of that is the purpose. If we don’t have the empathy to understand our charity partners we won't be able to design our organisation to help them.

Second, we need to define what our business model is. This whole notion of not for profit really pisses me off. What part of industry starts with the word ‘not’? It just doesn’t make sense to me. It creates such a poor mindset. To be sustainable as a business you’ve got to make profit so we've got to talk about that and reframe the discussion.

The third thing is, what strikes me is that there is a really huge disconnect between the contribution and the impact of donations. I see that as a major issue to fundraising and engagement. If you can't show that contribution X leads to outcome Y people don’t know why they should be involved.

The AdNews Challenge is on Sunday 15 November at Clifton Gardens in Sydney. Come along and support the industry and donate to UnLtd.
You can donate here: