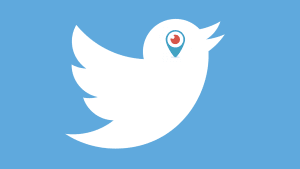 Twitter believes Live streamed video is key to driving engagement on its platform and brands and publishers alike have been experimenting with its live streaming service, Periscope. Now celebrating its second birthday, Periscope has been used to live stream fashion shows, sporting events and even AdNews' very own Agency of the Year Awards.

In the first 12 months, more than 40 years’ worth of video was watched everyday via Periscope. In the last quarter, Twitter broadcasted 6.6 million hours of live video. Here are 10 of the best live video activations on Twitter.

Twitter MD Angus Keene says Periscope has played an important role in Twitter’s live offering and the results so far prove it's an effective tool on the social media platform.

“Brands have not been shy to experiment and we’re constantly inspired by what they create on Periscope. We released 360 video late last year and we’re already seeing brands use it in really amazing ways. Myer’s Autumn Winter Fashion Launch is the perfect example of this and truly encapsulates what Periscope sets out to be.

“Live video is a huge focus for Twitter this year and Periscope plays an important role in this. We’re always looking at ways we can help brands extend their experience to more people, and we’re excited to see how brands continue to use Periscope to create truly phenomenal and immersive experiences."

Myer gave Twitter and Periscope users an unprecedented view of the Autumn Winter Fashion launch earlier this year, broadcasting the entire event, including the audience, in 360 degrees, live through Periscope. Users could even pick the point of view they wanted to watch of the fashion launch by moving their phone, or scrolling around the screen for a truly immersive and interactive experience.

Earlier this month, Seven Sydney began broadcasting news from across Sydney, as it happens live on Periscope. Broadcasts include interviews with police, official government speeches, traffic updates and live court cases - airing never seen before clips. Just last week, Seven used Periscope to broadcast the final hearing of the Sara Connor ruling in Bali, which received close to half a million views. Seven Sydney is the only commercial Australian television broadcaster to live stream news as it happens on Periscope.

ABC Q&A started live broadcasting the full program on Periscope live last month to extend the show’s reach and provide a new way for viewers to interact with the program.

6. AdNews Agency of the Year Awards - first Aussie broadcast of an award ceremony

A one-off live broadcast of AdNews’ annual Agency of the Year Awards ceremony held in March. AdNews was the first Australian brand to broadcast an award ceremony on Periscope. You can also watch the Twitter #BlueRoom interviews with winners and finalists from the night.

Last year, Visit Victoria’s Play Melbourne campaign challenged tourists to explore its city like a game of Hide and Go seek. Mounting an iPhone within a ball, the ball travelled around Melbourne, providing an insider perspective of locals-only locations and huge events, which was broadcast live on Periscope.

In a world first, wheelchair racer and three-time Paralympic Gold Medalist Kurt Fearnley used Periscope to take viewers around the course with him as he attempted his eleventh Blackmores Sydney Wheelchair Marathon title in 2015. The Periscope broadcast gave spectators a racer’s eye view of the marathon from two devices mounted on the front and back of his race chair.

9. Hachette’s #WhereIWrite - bringing together writers from around the world to share their work

Twitter and publisher Hachette launched a broadcast initiative called #WhereIWrite. The series works to a simple premise: Every day a different writer shows us where they write and then delivers a short reading from their writing desk.

10. The Voice Australia — first Aussie TV show to use Periscope

The hosts, coaches and artists embraced Periscope during the live shows to take fans everywhere from backstage to the studio floor and even in the coaches spinning chairs.